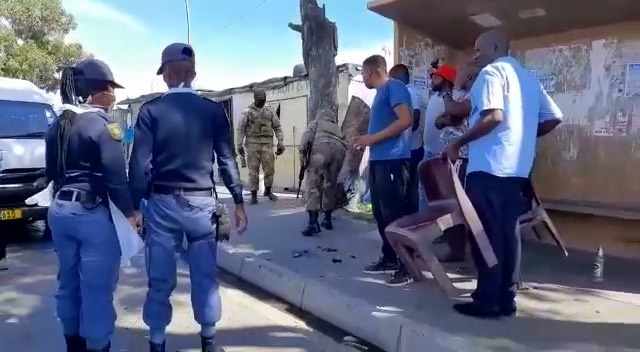 SA man dies after brutal police assault for violating Lockdown. Speaking to the publication, the man’s live-in girlfriend of 20-years, Cecelia Meintjies, said that she was devasted by her boyfriend’s sudden death. She revealed that an injured Miggels collapsed in front of the yard shortly after telling them what had happened.

The Independent Police Investigative Directorate (IPID) is currently investigating a case in which a South African man reportedly died after he was brutally assaulted by police for allegedly violating the 21-day national lockdown.

This comes at a time the South African security forces have been under the spotlight for allegedly using excessive force to enforce the lockdown. Reports reaching this publication from the Dailyvoice reveal that the now-deceased, Petrus Miggels, 55, was assaulted by some the police officers after he was caught on a beer run.

‘The neighbour approached him and gave him R100 to buy beers and the neighbour said he would give him something. He should not have done it but he went and bought the two beers and then police at the base camp caught him.’ She added that upon his return Miggels told his family what happened shortly before collapsing.

‘He told us they caught him and moered him with a hammer and shocked him with a taser. He was in lots of pain and then he collapsed in the yard. The paramedics came and told us sorry, he is dead. They say he had a heart attack because the police shocked him. I couldn’t believe it, he was a healthy man.’

IPID spokesperson, Sontaga Seisa, confirms they are investigating the case and says: We do confirm that we received a report of death as a result of police action in Ravensmead area. We took the case docket for further investigation. No arrest [have been] made.