Rural shops reject Ecocash payment of mealie meal. Villagers in the Gwanda district have expressed concerns that they are struggling to buy mealie meal in the rural shops which refuse Ecocash payments a situation that is worsening their plight as cash is not easily accessible in the country.

The villagers said despite the fact that the mealie meal prices are so exorbitant in rural areas, the shops do not accept Ecocash payments.

“Shops sell a 10kg pack at $120 to $130 but when we want to buy using Ecocash they refuse. This is worsening our plights and starvation is escalating despite the fact that we will be having money on Ecocash,” said a villager.

“This year if death due to starvation is not recorded in our area, we will be very lucky, people are suffering.” The villagers said the government’s food aide especially the Presidential aid which is in the form of rice is rotten and is likely to affect their health. 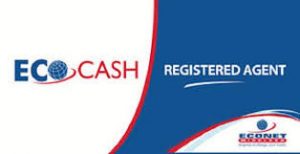 “We recently received the Presidential food aid of rice and to our surprise, it was rotten it is inedible. I do not know if those who send such food to us can themselves eat it,” said another villager.

US Fugitive Who Faked His Own Death Found Alive In Scotland