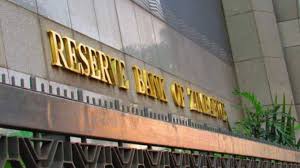 Former Cabinet Minister, Professor Jonathan Moyo has claimed that Farai Mlotshwa (nee Mnangagwa) was today given USD250K in cash by the Reserve Bank of Zimbabwe and no invoices were issued.

Moyo also claims that the central bank was on February 19 this year ordered to pay her US$1 million over five weeks. Posting on Twitter this Friday, the exiled former Minister of Higher and Tertiary Education said:

Farai Mlotshwa (nee Mnangagwa) was today given USD250K in cash by the “Dealers” Section of @ReserveBankZIM‘s Treasury Division. On 19 February 2020, #RBZ was ordered to pay her USD 5m in tranches of USD 1m over five weeks. There’re no invoice

These remarks are said when the country has an acute shortage of foreign currency a situation which has affected service delivery in the country.

The shortage has also resulted in forex exchange rates soaring, particularly on the parallel market, because businesses and even the government and individuals import almost everything since the local industry is collapsed.