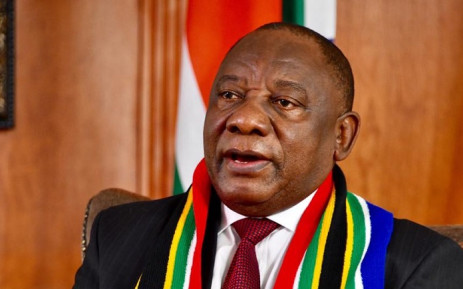 SOUTH Africa’s President Cyril Ramaphosa has warned that those involved in acts of violence related to the arrest of former president Jacob Zuma will be arrested and prosecuted.

Ramaphosa says while everyone has a right to protest, there can never be justification for violent and destructive action that affects the rights of others.

He says it is a matter of concern that some of these acts of violence are based on ethnic mobilization.

Protestors demanding that Zuma be released have torched buildings and vehicles in parts of KwaZulu-Natal and Gauteng.

Ramaphosa says this will not be tolerated.

The president’s call comes as some protestors in KwaZulu-Natal looted stores at the Umlazi Mega City Mall, south of Durban.

Police had to use rubber bullets to try and disperse them.

Sthembiso Kubheka is among the frustrated residents from the area who was at the mall when the looting began. An agitated Kubheka explains that he was separated from his two young children in the chaos.