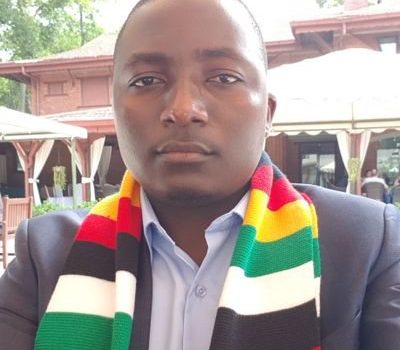 President Emmerson Mnangagwa allegedly gave under-fire Zanu PF youth league leaders the green light to launch a crusade against three businessmen accused of sabotaging the economy, but backtracked after ruling party heavyweights started baying for their blood, it has emerged.

A fortnight ago Zanu PF suspended its deputy secretary for youths Lewis Matutu and Godfrey Tsenengamu, who was the youth’s league commissar, after they claimed the businessmen with links to the ruling party were behind the chaos in the economy.

Zanu PF secretary for youths Pupurai Togarepi was demoted for failing to rein in the two after they claimed businessmen Kudakwashe Tagwirei, Billy Rautenbach and Tafadzwa Musarara were behind Zimbabwe’s economic troubles.

A Zanu PF official close to the developments in the party said the “name and shame” campaign was mooted at Mnangagwa’s rural home in Mapanzure during a party on New Year’s Eve.

The youths led by Matutu, are said to have approached Mnangagwa pleading with him to deal with “cartels that are bleeding the economy”.

“Matutu approached Mnangagwa over the deteriorating economy and told him that cartels were sabotaging the economy,” the source disclosed.

“The president then asked the youth league leaders: ‘Are you afraid of shaming them?’

“That gave the youths the impression that he had given them the go-ahead to name and shame the businessmen.”

Togarepi is said to have consulted Mnangagwa when Tsenengamu and Matutu held their press conference. Insiders said Togarepi got the impression that Mnangagwa supported their crusade.

Matutu was not picking calls yesterday.

Tsenengamu refused to comment, insisting his actions were personal.

“This was a personal decision I took,” he said. “I was not at the meeting in Mapanzure, so how can I comment on something that happened when I was not there? I know nothing about that.”

Togarepi also said he did not attend the Mapanzure party and did not consult Mnangagwa over the press conference.

“Firstly, I did not attend the cross-over party. I also never consulted the president when I issued a statement supporting Cdes Matutu and Tsenengamu,” he said.

“I am not aware of any communication with the president, which was done with the youths or myself on this issue,” he said.

“These are just fallacious theories, which should be treated with the contempt they deserve.

“This issue has been concluded and we have accepted the direction given by the party.”

Tsenengamu has vowed to continue with the campaign against businesspeople that are allegedly sabotaging the economy despite the censure by Zanu PF.