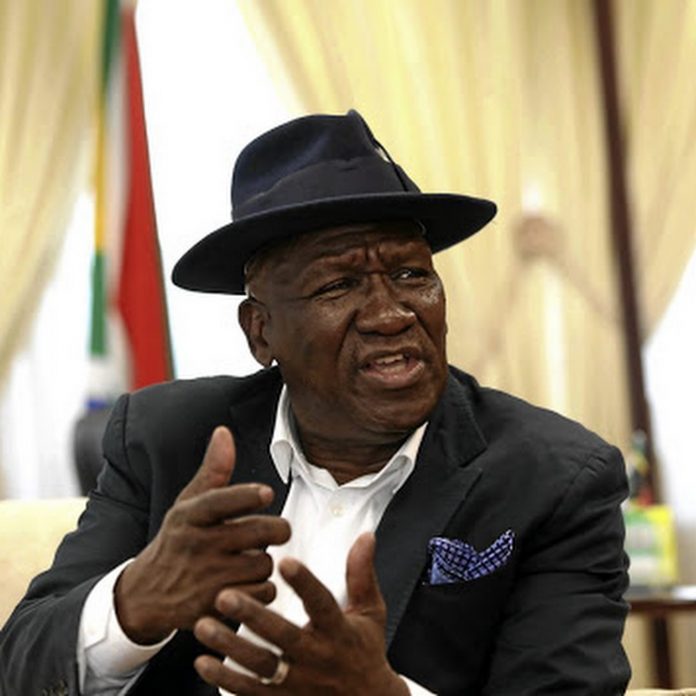 Mzansi Police minister Bheki Cele is probably the most unpopular member of President Cyril Ramaphosa’s cabinet at this juncture, what with his tough enforcement of the alcohol ban.

But in an interview this week, Cele, who has been lampooned for his anti-booze stance, said he simply does not care about his popularity status and will continue his strict enforcement of the law.

Cele has provoked the wrath of thirsty citizens since the implementation of lockdown regulations in March last year. They have featured an on-off booze ban — and Cele’s boasts about the unavailability of liquor.

He said earlier this month that the “draconian” measure had “made history” when the trauma unit of Soweto’s Chris Hani Baragwanath Hospital had not a single admission on New Year’s Eve, traditionally a very busy time.

Cele said he does not hate alcohol — only the way his compatriots consume it.

“I really don’t have a problem with people who drink socially, but South Africans really overdo it. They do not drink alcohol, they are swimming in it.

“The issue with alcohol is the way it makes people behave when they have drunk it. Like I said, I can afford it and I can drink it every day, but I made a decision not to. I don’t wine and dine at all, I dine and down with water or Coke.

“I have seen alcohol finishing my friends. [One] was a high-flying man and he died because of alcohol. We buried him. I have also seen my friend shoot his wife because he was drunk and I have seen alcohol stripping people of their dignity, they’re stripped of progress and even their wealth. So I don’t have much good to say about alcohol.”

Cele has also been accused of being harsh on blacks, arresting them for not wearing masks in public, while being soft on whites along beachfronts.

But behind the tough-talking exterior, Cele’s softer version worries about the possibility of transmitting Covid-19 to his wife and children, given how much time he spends monitoring police roadblocks.

He’s undergone four Covid tests, with all of them returning negative, but Cele still considers himself a high risk to his family.

“The first worry is your family. At times you go out and conduct roadblocks and three days down the line the person you were with dies. Then you come back to your wife and kids and those are the people that give me fear about what happens to them with a full understanding of who brought it to them. We are all humans and there are times when you don’t feel very well and you ask yourself, ‘Is this the end of the road for me?’ ”

Cele, who recently laid his brother Sipho to rest after he succumbed to Covid-19, said a pandemic funeral is the most painful a family can go through, with social distancing — including keeping a distance from the coffin.

“When I came back from that funeral I heard the news that the KZN transport MEC, Bheki Ntuli, whom I worked closely with, had died. As Bheki Ntuli is being buried, I received the news that [cabinet colleague] Jackson Mthembu had died.

“We [Jackson and I] were very close without really knowing it and Jackson really suffered towards the end of his life. It really touched me that even in his last moments he thought of me. It also reminded me that I am not a machine, I am a human being.”

I really don’t have a problem with people who drink socially but South Africans really overdo it. They do not drink alcohol, they are swimming in it.

The first worry is your family. You go out and conduct roadblocks and three days down the line the person you were with dies. Then you come back to your wife and kids.

It touched me that even in Jackson’s last moments he thought of me. It reminded me that I am not a machine, I am a human being. –Sunday Times