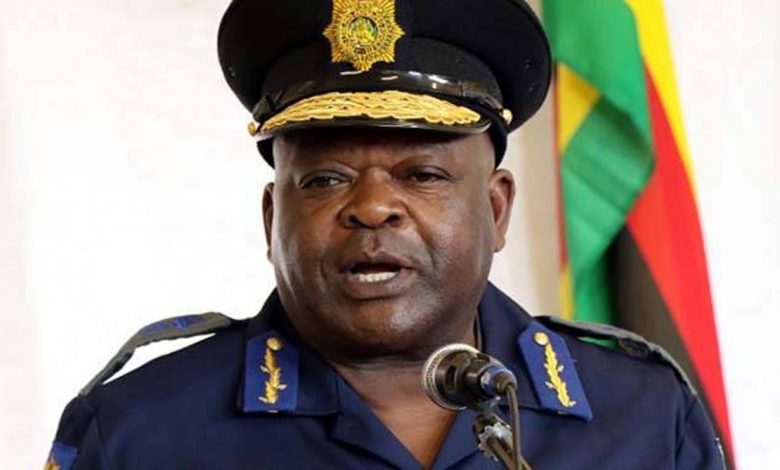 Police Commissioner-General Godwin Matanga has approached the High Court seeking condonation for late filing of opposing papers challenging a 90-day civil imprisonment and reinstatement of a junior female police detective, who was fired for allegedly extorting US$2 250 from a suspected forex dealer.

The judge also blocked the police boss from evicting Mlauzi from a ZRP house at the Western Commonage.

Mlauzi had approached the High Court seeking an order staying her dismissal pending the finalisation of her application for review under case number HC7003/18.

Mlauzi, who was attached to the Criminal Intelligence Unit registry in Bulawayo, was discharged from the police service last year in July before successfully challenging her dismissal in court.

However, her bosses failed to comply with the court order. She then filed another application seeking an order directing Comm-Gen Matanga and chairperson of the Police Service Commission Dr Vincent Hungwe to comply with the order issued under case number HC1576/19.

Mlauzi wanted a 90-day civil imprisonment for her two bosses for contempt of court.

In their application for condonation, Comm-Gen Matanga and Dr Hungwe, through their lawyer, Ms Brenda Tavaka Nyoni of Civil Division in the Attorney-General’s Office, argued that the delay in filing opposing papers was necessitated by “circumstances beyond their control.”

In their application filed at the Bulawayo High Court, they cited Mlauzi as a respondent.

She said the applicants prepared their opposing affidavits and as per the usual channels they were supposed to send them to her office in Bulawayo through the Civil Division in Harare.

“Unfortunately, there was disrupted mail movement at the AG’s Office due to late payments of courier services. The applicants them made new arrangements to enable the opposing affidavits to reach my office not later than the March 2020,” said Ms Nyoni.

“However, the mail then arrived on the 12th of March 2020 and was immediately filed upon arrival. Unfortunately, the papers had been filed out of time.”

Ms Nyoni said there was no wilful disregard of the rules of the High Court. She said the delay was caused by factors beyond her clients’ control.

She said the applicants have a good defence and have prospects of success in the matter under HC360/20 where Mlauzi wants Comm-Gen Matanga and Dr Hungwe to serve 90 days imprisonment for contempt of court.

Ms Nyoni said under case number HC1576/19, her clients did not disobey the order.

She argued that the applicants were not directed to reinstate Mlauzi but to stay the discharge.

In her court papers, Mlauzi said she was tried by a single officer for violating the Police Act, convicted and sentenced to eight days’ imprisonment at the detention barracks.

Dissatisfied with the conviction and sentence, she appealed to Comm-Gen Matanga and the appeal was dismissed.

Mlauzi then filed an urgent chamber application following a radio signal discharging her despite a pending review matter before the High Court and the respondents were ordered to immediately reinstate her.

She said her discharge was stayed pending finalisation of case number HC7003/18 and the order was served on the respondents’ lawyers and a return of service was issued. Mlauzi said the respondents were deliberately ignoring the court order directing them to reinstate her.

According to court papers, it was stated that on December 8, 2017, at around 11AM, the complainant Ms Sicelo Sibanda and one Mr Mehluli Bhebhe were inside their car, a Toyota Ipsum, parked near Bulawayo Centre counting US$4 250.

They directed Mr Bhebhe to drive towards Bulawayo Prison and along the way they demanded money in exchange for their release.

Ms Sibanda contacted her husband who is based in South Africa. A report was made to the police, leading to the arrest of the two detectives. The Chronicle