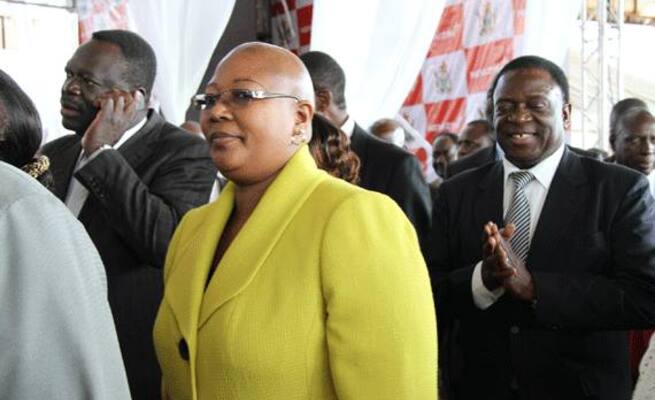 MDC-T president Douglas Mwonzora has said the person who slapped former acting president Thokozani Khupe at the Harare International Conference Centre (HICC) has been identified and will be expelled from the party.

Khupe was allegedly slapped on Sunday while being dragged out of the HICC which was the venue of the party’s Supreme Court-directed extraordinary congress (EOC).

Speaking to Q Dube on Magamba TV’s Take Down, Mwonzora revealed that the assailant has since been identified and action is being taken to bring him to justice. He said:

“…I am glad to say that they have identified the assailant and they are going to deal with the assailant first, as a party we are going to expel that person to just send a clear message that we do not accept violence against any person and let alone against a woman and a leader for that matter and at that time against an acting president or a candidate in a presidential election.

The fact that we have moved very very fast to get the person identified, get the person brought to justice and not only that we are going to press criminal charges against this person.

But not only that, there were people who were shouting at her, I won’t go back to say what was she doing before because nothing justifies the treatment she received.

There were people who were shouting derogatory sexist language, we are also going to take action on those.”