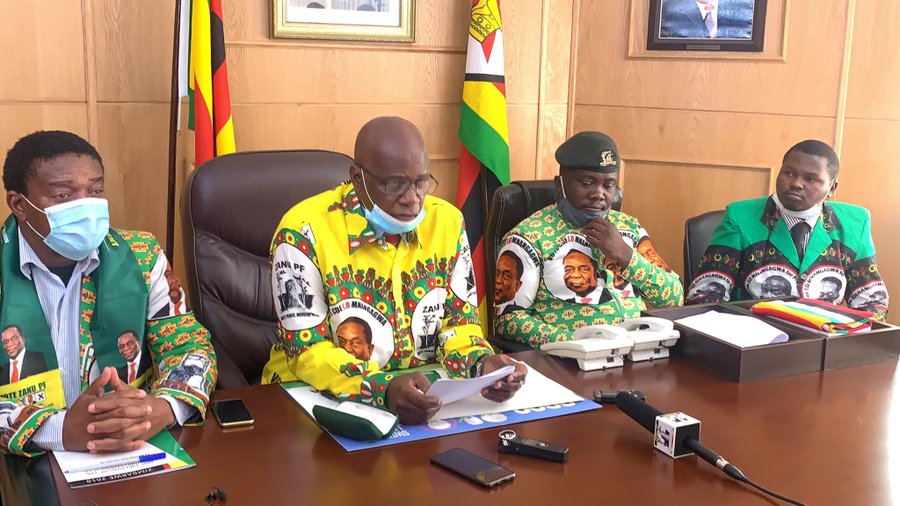 He said Chinamasa called on party youths and sympathisers to defend themselves with anything since security agents might not be able to defend them.

“Chinamasa’s utterances have enjoyed a reaction by a group of machete and axe-wielding Zanu-PF youths who published a video on July 28 threatening acts of violence on the streets of Harare come July 31,” Gumbo said.

“Further, there has, since the reckless utterances of the defendant, been a series of violent attacks against MDC Alliance members in Harare South by a gang of Zanu-PF loyalists purportedly working under the instructions of the defendant.”

Gumbo said there was a possibility of further crimes being committed, adding that if Chinamasa is not arrested, he would continue to incite “acts of violence against peaceful citizens exercising their constitutional rights”.

“The complainants respectfully pray that a warrant of arrest is urgently issued for the arrest of the defendant and his accomplices. The Zimbabwe Republic Police must open an investigation into the crime complained of and Chinamasa and his accomplices are placed under police custody to avert further perpetuation of the offence in light of their threats of violence against the public.”

Activist Vongai Zimudzi was last week detained for several hours at Harare Central’s CID Law and Order section where she had gone to make a report against Chinamasa for inciting public violence.

Chinamasa, while addressing the Press conference said: “What we are saying to our supporters, to our people, is that they must know that when they are being attacked, the law enforcement agents may not be near the scene of crime. They must know that in those circumstances, their first line of defence is themselves and their families, they have a legal and constitutional right to defend (themselves).”