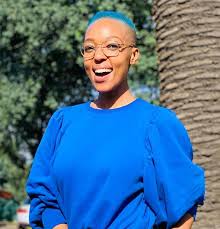 Radio personality Pabi Moloi has returned to the PowerFM airwaves after being suspended for allegedly being rude to a listener.

A month ago, Sunday World reported that the presenter treated a caller badly and sounded ‘incoherent’. Resulting in her alleged suspension from the radio station.

An undisclosed source alleges that she was drunk during the exchange when the incident happened. They also speculate that she may have been sick, making it difficult for the allegations to be proven.

Senior employees at Power FM are allegedly calling for the TV and radio presenter to be charged for ‘disgracing’ the station.

The matter seems to have been resolved as the presenter has now returned to her weekend breakfast slot and keeping listeners entertained during the lockdown.

Before being suspended on the station, Pabi found herself having to apologize to Mzansi after being arrested for driving under the influence.