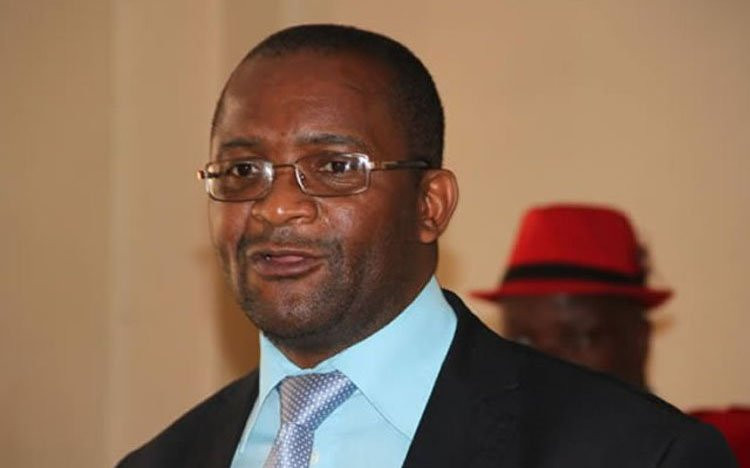 MDC T Secretary-General Douglas Mwonzora has made sensational claims that less than 15 MDC Alliance MPs are still in Nelson Chamisa’s camp as he said a lot of them have decided to side with his party after the Supreme Court restored the MDC T’s 2014 party structures and declared Nelson Chamisa the illegitimate MDC T leader.

The matter came to light at the High Court where Chamisa is challenging Khupe and her allies recalling legislators and taking over the MDC Alliances offices countrywide, Mwonzora said the document present by Chamisa’s legal team in court signed by MDC Alliance MPs was a forgery:

Their application was accompanied by forged affidavits. The MPs were made to sign blank affidavits without anything. If you look at the affidavits that were filed in the main original body and the tail end is where the applicant signature is, it’s a photocopy that was forged. We also had Members of Parliament who were disowning the affidavits.

I raised that with some of the MDC-A people and they said they had no idea; that is when we realised that the whole application had been forged. I got in touch with a number of MPs and they professed ignorance of the application. I think it was withdrawn specifically because of that

Mwonzora also said the MPs who support Nelson Chamisa are less than 15 and not 51 as alleged by the supposed affidavit:

It was simply political posturing, an awkward political manoeuvring that confirms our earlier assertion that these people are criminals. They are crooks who forged the succession. They try to forge papers of ownership of Harvest House. They now have forged this application who ought to be prosecuted.

The MDC alliance lawyer Alec Muchadehama denied that the signatures were forged as alleged by Mwonzora.