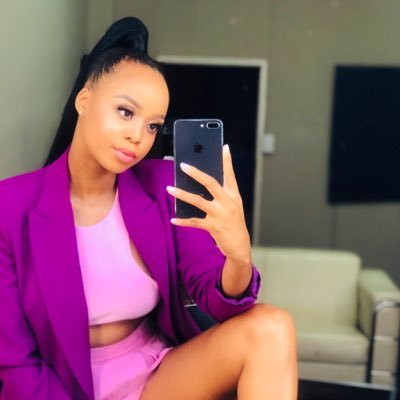 Ntando Duma Taking Boyfriend Applications, Here’s The One Must Have Feature For Potentials! Ntando Duma has been living her best life as a single hard working mom but it looks like she’s ready to have a special someone in her life.

The mom of one recently took to social media revealing that she will be taking boyfriend applications in the future. The beauty doesn’t have a long list of physical features a potential must have but there’s one important one.

“From the 17th, I’m taking boyfriend applications. I just need you to have AMAZING teeth and the rest of other ‘qualities’ I’ll review when I start communicating with the applicant..!! Good luck,” Ntando announced. But if you’re wondering when the application process will start, Ntando says it’s in ten years.

Venda Queen is out here doing the most and there is no turning back, but pushing forward. Some few weeks later after she stole the show at Mzansi Viewers Choice Awards, she is again out here celebrating a blast.

Limpopo native Makhadziis probably on cloud nine, after her music video for her hit song Riya Venda featuring DJ Tira, has reached more than 5 million views on Youtube. It is no secret that since she landed her big break, Makhadzi has been holding it down and leaving no stone unturned, to entertain her legions of fans. Read more

Man Drowns To Death After Being Attacked By A Hippo