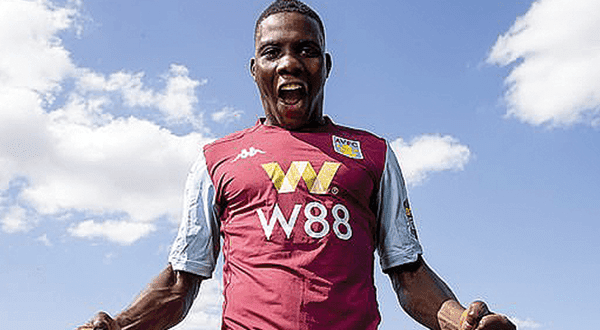 WARRIORS and English Premier League side Aston Villa midfielder Marvelous Nakamba is set to establish a foundation to assist underprivileged children in his boyhood city, Bulawayo.

Plans are afoot to acquire land from the city council to set up the premises.

The move was revealed by Bulawayo City Football Club chairman Jerry Sibanda, who said they would assist the Warriors player to acquire the land.

“The boy (Nakamba) has applied for a foundation and he is looking for space and we are trying to assist him in terms of that,” Sibanda said.

Marvelous’ father, Anthony, said if the foundation comes to fruition, children from poor backgrounds would benefit.

“Marvelous wants to establish a foundation, but it is not yet there, maybe in a month or two, but for now, there is nothing to talk about. But the plan, if the foundation is set up, is for him to assist underprivileged children in the city in their schooling, among other things,” the senior Nakamba said.

If he is successful in setting up the foundation, Marvelous would follow in the footsteps of other great African players who have done the same, the likes of Ivorian Didier Drogba, who turned out for Chelsea, and Nigeria’s former Paris Saint-Germain and Bolton Wanderers’ Austin ”Jay Jay” Okocha.

Liverpool star, Senegalese Sadio Mane is reported to have pumped out £200 000 for the construction of a school in his home town of Bambaly in southern Senegal.

Meanwhile, the Bulawayo City chairman, Sibanda said they would be using the Puma kit as their playing kit for the 2020 Castle Lager Premier Soccer League season after bouncing back to the top league.

“This is our playing kit for this year and it came already branded in the United Kingdom,” he said.

The Fans go haywire as Shaka Khoza returns to the #TheQueenMzansi