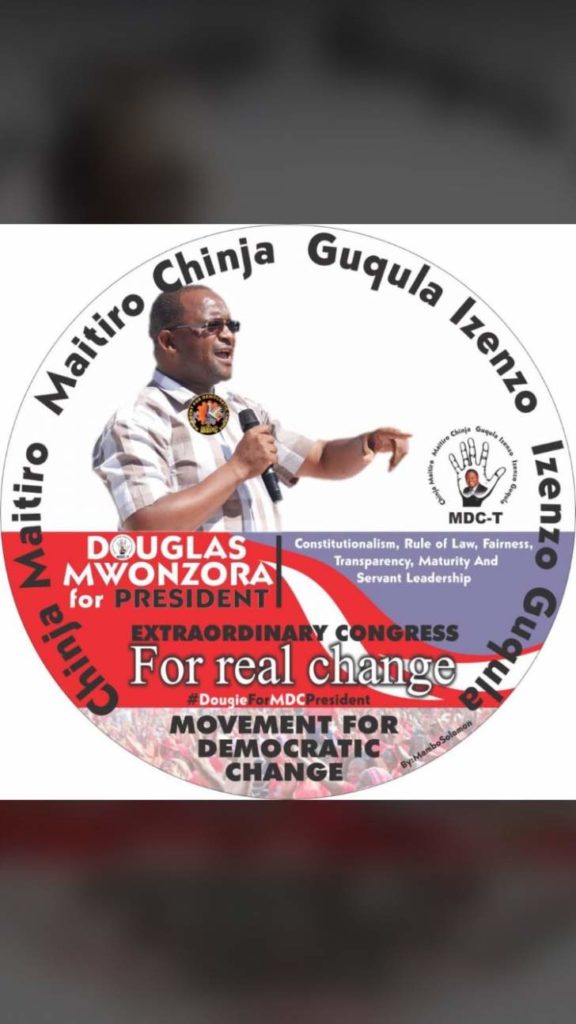 DOUGLAS MWONZORA confident of victory ahead of MDC-T Congress. At a media conference in Bulawayo Monday, the ambitious opposition politician said he had great respect for his competitors in interim party leader Thokozani Khupe, Elias Mudzuri and Morgen Komichi.

The party congress is set for this Saturday at Rainbow Towers in Harare. Around 3 000 delegates are expected at an event that was ordered by the Supreme Court following a fierce fight for party control mostly pitting former party vice presidents Khupe and Nelson Chamisa, now MDC Alliance leader.

Said Mwonzora while addressing journalists, “As we get into this election, I am not overconfident of winning, but I am confident of winning. “I think that the people have indicated already their voting preferences, but this is a contest and I wish my colleagues the best of luck.

Chamisa, who muscled his way to the top opposition job on the news of his former boss’s demise in South Africa, will not be part of the elective event.

He has declared the court ruling that ordered the holding of a party congress did not include his MDC formation which is under siege from the Khupe opposition which was granted rights to superintend over the affairs of the main opposition.

In his address on Monday, Mwonzora said it was time the party was transformed into a “trustworthy” opposition outfit.

“We must bring back the MDC to its founding values, the social democratic values that it is espoused at its formation,” he said.