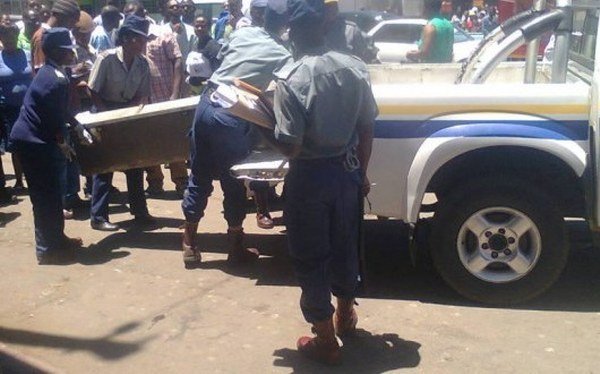 A 30-year-old Mvuma man was allegedly fatally struck with a log several times on the head after he was caught with another man’s wife in a kitchen in a suspected love triangle.

The incident happened last Wednesday at Central Estate, Mvuma at round 9PM when Simangaliso Honde returned to his homestead unannounced and allegedly found his wife in the company of the now deceased Munyaradzi Mugwagwa in the kitchen.

“Police in Mvuma are investigating a murder case where a 30-year- old male adult died while admitted to Gweru Provincial Hospital after he was assaulted with a log in the head after being caught with another man’s wife in the kitchen at Central Estate in Mvuma,” he said.

Insp Mahoko said it is alleged that on the day in question, Honde (31) left his wife at home going to Masvingo.

He said at around 9pm on the same day, Honde returned and found the now deceased with his wife in their kitchen.

“A misunderstanding arose and the accused went out of the kitchen, took a thick wooden stick intending to assault Mugwagwa. Mugwagwa fled towards a nearby bushy area,” said Insp Mahoko.

He said Honde allegedly chased after Mugwagwa, caught up and struck him on the head with a log several times.

“Honde called Darlington Hlomayi who took Mugwagwa to Mvuma District Hospital. Mugwagwa was further transferred to Gweru Provincial Hospital where he died on January 27,” he said.

The matter was reported to the police who attended the scene.

“We appeal to members of the public to desist from taking the law into their own hands as this usually leads to unnecessary loss of life and property. If people disagree, they must approach a third party, the police, relatives or community leaders,” said Insp Mahoko.-CHRONICLES