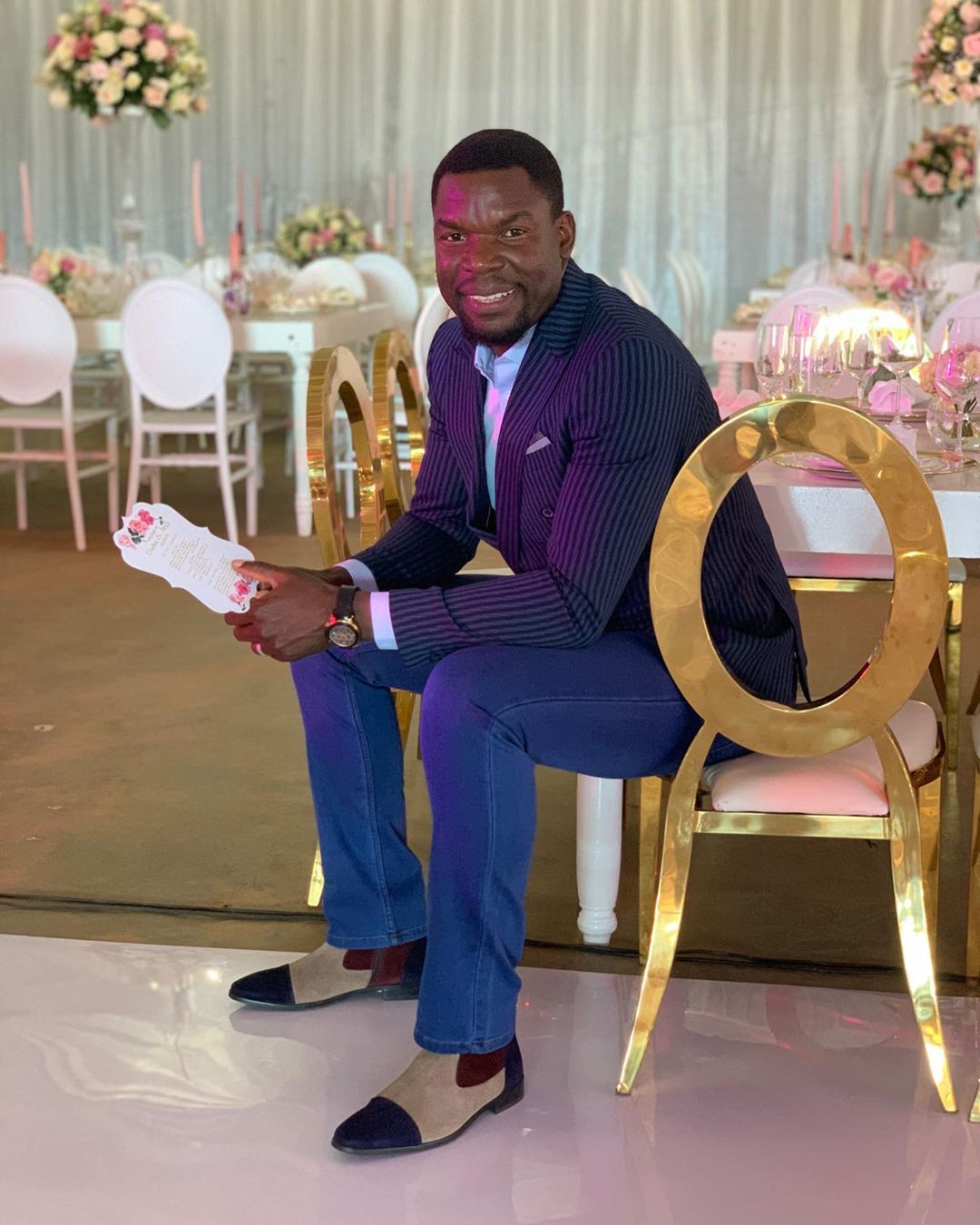 Muvhango star Gabriel Temudzani rolled out his sleeves to help those in need in North West. The star, who plays Chief Azwindini in the popular SABC2 soapie, delivered food parcels to those in need during lockdown.

The actor said he was happy to have been able to help those in need.

“Seeing so many people living in abject poverty was heartbreaking for me.

“But I was encouraged to see big business doing its part,” he said.

Gabriel said he also noted that it’s women and children who bear the brunt of poverty.

Said the actor: “We need to subscribe to the notion of Ubuntu and help out wherever we can during these difficult times because these are times for us to self-introspect and show our Ubuntu to the rest of the world.”

The star said the lockdown has also affected their ability to earn multiple streams of income because every activity that would enable them as entertainers to earn money, has been put on hold.

“The local entertainment industry is the only industry in the world that’s been hit hard by this pandemic. Sadly, the Department of Arts and Culture has sidelined us by making the process of getting funding from them almost impossible to succeed.

“The department needs to realign itself with the needs of the industry because, as things stand, they’re not doing anything to help us,” Gabriel said.

Shingi Kawondera bares all: ‘Mary left me in Cyprus in 2010…I found her already married to Chiwenga.’