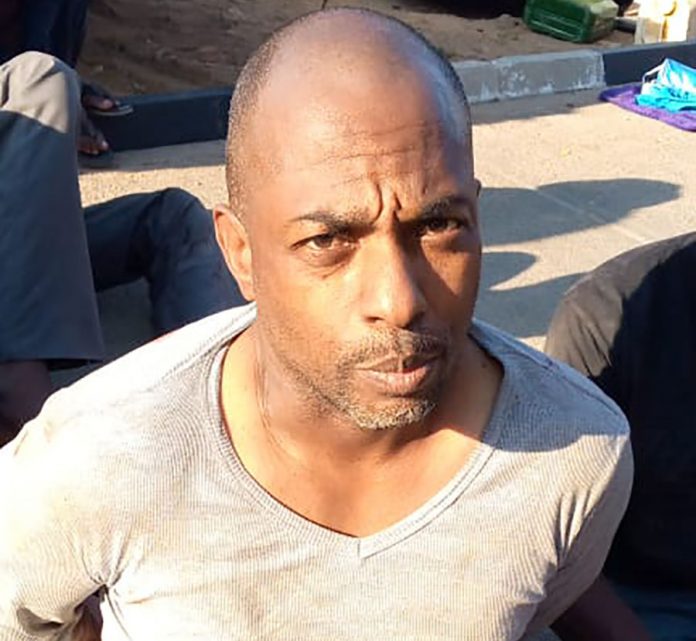 THE SUSPECTED notorious armed robber and fugitive Musa Taj Abdul has been defended by his mother and lawyer who said he is still an innocent man of fixed abode, should be set free pending trial.

They went on to say he has no previous convictions.

Speaking to H-Metro, Abdul’s lawyer Concillia Mahiya said even though there has been a public outcry, he managed to prove to the court because he is a suitable candidate for bail and has no capacity to flee because his passport expired in 1998.

“Justice demands as of right that anyone facing charges as an accused must be released on bail unless there are strong and compelling reasons why he should be detained continuously.

“Right to liberty is a constitutionally protected right in section 50 1(d) of the Constitution. There is however need to balance the liberty of the accused with those of the interests of the society.

“Nothing was placed before the courts to support that indeed the accused was on the run for 20 years. There are no charges that were given to him that he allegedly committed in those 20 years and beyond.

“The presumption of innocence like any other person highly favours him even on the face of a strong prima facie case. Inasmuch as the public is not happy, the accused person should still enjoy his right to liberty. There is no previous conviction in respect of the accused person in armed robbery cases. So I think he should be given that chance to enjoy his freedom pending his trial

“He has proven he is a man of fixed abode through the testimony of his mother; he has a house in St Martins and has no capacity to flee because his passport expired in 1998. He is not a flight risk at all; he is even eager to stand trial and clear his name.

“The State case against him is actually built on a shaky ground,” she said.

Under-fire Harare prosecutor Tapiwa Kasema has reportedly gone on the run after he did not turn up for work, and police failed to locate him during raids on two addresses.

Prosecutor General Kumbirai Hodzi announced Thursday that Kasema had been suspended pending an investigation for consenting to bail for alleged armed robber Musa Taj Abdul, 47, and three others.

Police sources told ZimLive that detectives – acting on a corruption complaint by the National Prosecuting Authority (NPA) – had been to the homes of Kasema and his mother, but failed to locate him.

Abdul was freed on Z$5,000 bail by the High Court on Wednesday after the NPA, represented by Kasema, consented to bail.

Government spokesman Ndavaningi Mangwana immediately criticised the ruling by Justice Benjamin Chikowero, observing that Abdul had been on the run for 20 years before his capture in Beitbridge following a shoot-out with police in August. He had been dubbed Zimbabwe’s “most wanted”.

Before the four suspects were freed from prison, police hit them with new charges. Abdul and his co-defendants Godfrey Mupamhanga, 27, Rudolf Tapiwa Kanhanga, 29, and Douglas Mutenda, 31, will appear in court on Friday facing the new charges.

The suspects face a string of armed robbery charges. Police say as many as 53 robberies have been linked to Abdul, although he had been charged with just two before Wednesday’s bail decision.