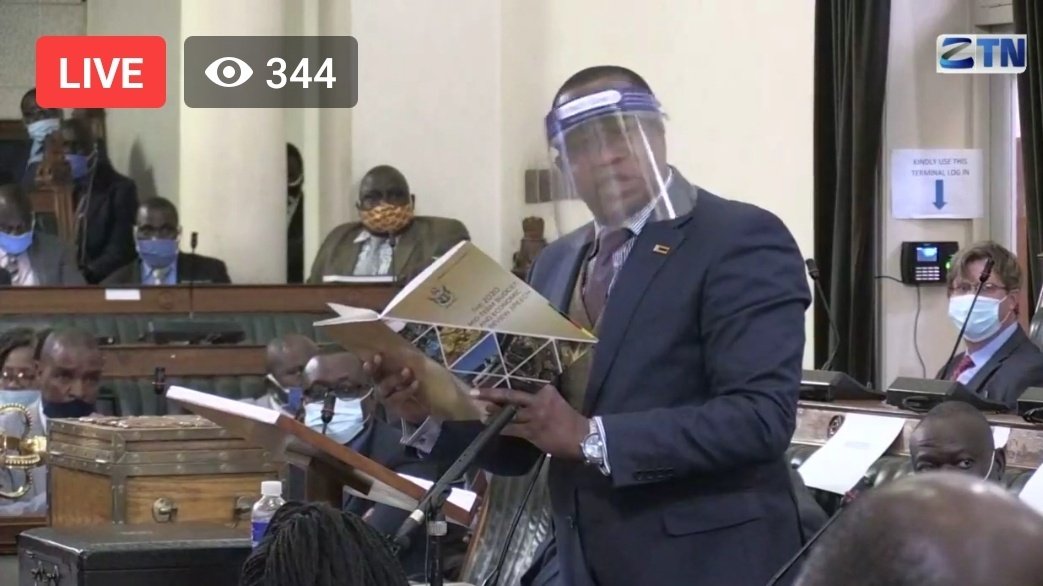 The Minister of Finance Mthuli Ncube during Thursday’s mid-term budget review announced yet another surplus, The Zimbabwe Independent reports.

The professor said the country recorded a budget surplus of ZW$800 million in the period from January to June 2020 and declared the country has enough funds to wade through the murky COVID-19 economic waters and treasury, therefore, didn’t have to budget for the necessary social safety nets.

In announcing the surplus, Mthuli said:

This enables us to operate to the end of the year as we reallocate to cover the critical needs, especially those related to Covid-19 and social protection. This position enables us to avoid tabling a Supplementary Budget, given our current levels of spending.

Treasury will be dealing with arising expenditure pressures, as we consolidate our fiscal position during the remainder of the year, taking account of revenue performance against inescapable reprioritised expenditures.

The surplus declaration came a few short weeks after the treasury boss wrote to the international community including the World Bank, the International Monetary Fund and African Development Bank looking a bailout passage as he said Zimbabwe would likely implode without their intervention, which would according to him affect other countries.

Professor Ncube also said ministries are yet to use 54% of their allocated 2020 funds as they have only used utilised 46% of their allocations from January to June 2020. This is not the first time the Minister has announced a surplus since he assumed duty in 2018, last year during yet another civil strike he also announced yet another surplus.