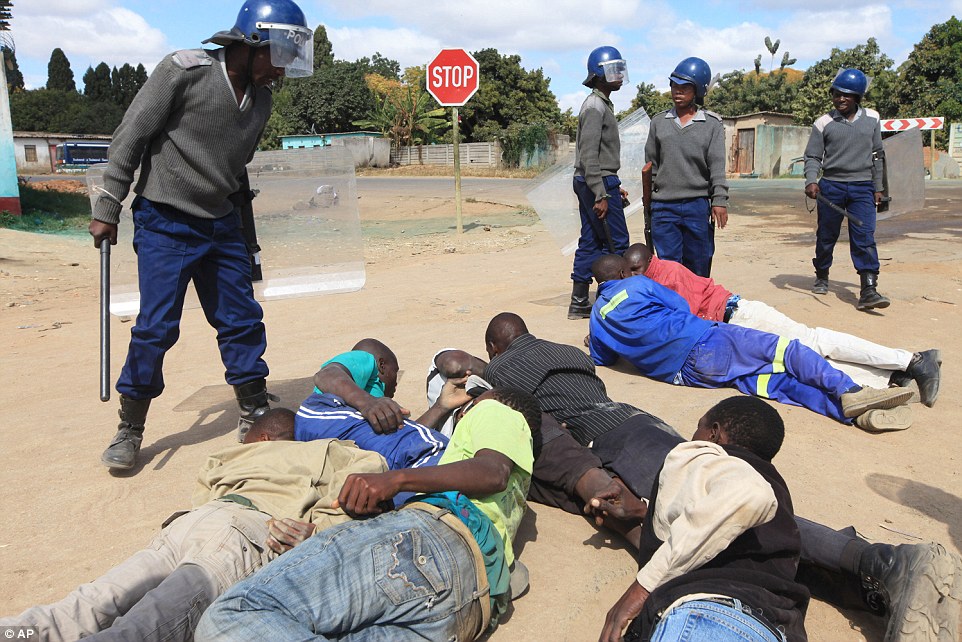 On Sunday the 7th of June, the 1893 Mthwakazi Human Rights Restoration Movement led by the organisation’s Deputy Executive Director donated a food hamper to the bereaved family of Levison Ncube.

Levison Ncube was br#tally assaulted by members of the Zimbabwe Republic Police at around 7pm on the 30th of March 2020 at the first day of national lockdown in government efforts to curb the spread of Covid-19.

The said policemen are alleged to have struck Levison on the head and he lost consciousness just meters from his home for allegedly defying government orders for people to stay at home. He was taken to Mpilo hospital around 10pm with much stalling from the police officers who were trying to delay and maybe slip away from what they had done. He was attended to by a Doctor around 11pm and then 1pm.

He is said to have regained consciousness on the 3rd of April and discharged from the hospital although he had clear signs of paralysis on one side of his body and then eventually succumbed to what the post-mortem report said was “subarachnoid haemorrhage and head trauma”. Simply put he died from severity of beatings he took on the head from the not so honourable members of the Police force. He was 25.

The greater tragedy is that all this happened in full view of his pregnant girlfriend who was with him when this horror befell them. She will not only live with the trauma of having her loved one stolen away from her, but also must explain to their unborn child how the brutality of the security forces robbed them of a father and husband.

Levison was also the lone breadwinner of his extended family, providing for his siblings, cousins and elderly. The family asked the government for funeral and burial assistance but was snubbed as the Police coldly threw out their plea by saying they are “still conducting investigations and any sort of assistance would be an admittance of guilt”

Asked for comment Assistant Inspector Msebele said the Police can no longer make a comment on this matter as it already in the courts.

Handing over the grocery donation Mr Greater Sibanda condemned the conduct of the police officers and the heavy-handedness of Law officers in discharging their duties.

“We as the 1893 Mthwakazi Human Rights Restoration Movement are here to pay our respects and mourn with the Ncube family on the horrific and untimely loss of their beloved one. We as the organisation do not encourage members of the public to break laws of the land.

We strongly feel, however, that if laws are broken, due process should be followed with greatest care of human dignity and sanctity of life as prescribed not only in the constitution but also in the Human rights charter. We condemn in strongest terms this heinous and atrocious conduct that has led to the untimely death of this young man.

The 1893 Mthwakazi Human Rights Restoration Movement is deeply concerned by the continued use of brute force on citizens not only on this Ncube case but also of others that we continue to learn of.

Two weeks ago, we were at Cowdrypark giving a shoulder of comfort to two ladies who were stripped off their dignity, shamed and tortured by the members of the Police force for merely expressing themselves in their language. This is a travesty!

The public looks up to these Law officers for refuge, security and protection. How can they go to them now as they have turned to be the very monsters that they run from?”

“We would like to urge the government to ensure the safety of its citizens and bring timely justice on this tragic incident. Wounds never heal without justice and so the quicker the law acts on the murder of Levison, the quicker the family and nation will heal and move on. We as the people of Mthwakazi demand this justice, for Levison’s soul to rest in peace, for the family to find comfort and for the nation to heal”,