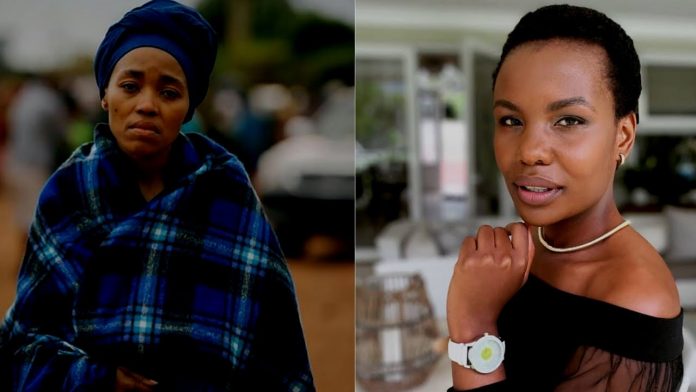 Mzansi Actresses, Mona Monyane and Moshidi Motshegwa are returning to TV! Mona Monyane on the set of a new show.

Multi-award-winning actress, Motshegwa’s return was announced by entertainment commentator, Phil Mphela and snapped shooting on a set of an unmentioned Televenola, whilst Monyane announced her return on her social media pages and took a pic of herself in a make-up room.

Monyane tweeted: “First TV in a minute. I’m excited. See you back on your screens in a few months.”I’ll let you know the name of the production in time… Akere suspense nyana Dali?#2021.”

Monyane, whose been on Muvhango and Skeem Saam took a break from TV when her marriage to Skhulu Skenjane fell apart.

Her ex-husband is currently on three shows, Generations The Legacy, Isono and Scandal. Fans of Motshegwa were devastated when she was let go on The River because of the off-screen drama between herself and Larona Moagi. Motshegwa went to scoop a SAFTA for her role on The River even though her contract was cancelled.

Her departure was met with a cry from fans who enjoyed her performances and are still requesting for her return.

The actress left a gap on the show which resulted in the producers replacing her with another character, Rakgadi!

The actress was apparently also feuding with another producer and creator of the show, Gwydion Beynon which resulted in her dismissal from the show.

The actress was apparently trying to coach newcomer, Larona Moagi who is inexperienced in the industry. And she was spot on about Larona, as fans of the show are still complaining about her stone-cold acting three seasons later.

While the names of the actresses telenovela’s and their roles have not yet been published, it’s safe to assume that they’re working on the same show.