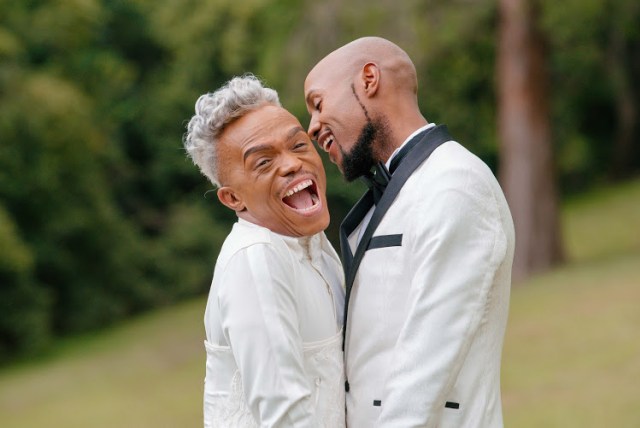 Mohale Motaung-Mhlongo has ignored suggestions in the comments section of his latest post that he is cheating on his famous husband, Somizi Motaung.

It might be the fact that he is used to the social media hate, or that he spent the night honoring his late mother in-law’s last working gig. But Mohale has not commented on the allegations all over his comments section.

The husband to one of the most recognizable South African personalities posted a series of images showcasing his equally handsome friends. However, tweeps put two and two together, and got five.

The comments section is filled with suggestions that Mohale is cheating on Somizi, and that he loves the Idols SA judge’s money and wealth. Another tweep suggested that post of multiple men was to disguise his supposed illicit affair.

While anything is possible, what can be deduced from the post is that Mohale has a squad of handsome friends. A fact that could not be ignored either in the comments.

You don't love the guy neh… buwa fela nnete… it's written all over yo face, I just feel sad for @somizi 😢