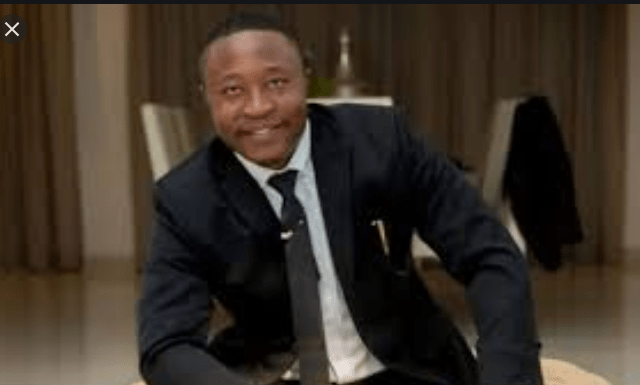 GOVERNMENT early this month went out of its way to authorise payment of nearly US$1 million for a consignment of COVID-19 equipment at an inflated cost from a company linked to President Emmerson Mnangagwa’s son, Collins, leaked official documents have shown.

A leaked memo to former Health permanent secretary Agnes Mahomva from her Finance counterpart George Guvamatanga dated May 8, showed government gave preferential treatment to Drax International to deliver a consignment valued at US$987 720.

Drax is owned by Delish Nguwaya and his business partner, Collins Mnangagwa.

Nguwaya, who is well known for name-dropping, has been in and out of the courts facing charges of fraud and extortion committed while impersonating as a police officer or Central Intelligence Organisation officer.

The order by Guvamatanga was notwithstanding his earlier order to Mahomva on April 28 to terminate contracts of all suppliers of medicines and all surgical sundries force majeure to “mitigate against escalation in the amount of debt to the said suppliers which Treasury is now not going to be able to meet”.

But in the Drax deal, Guvamatanga directed Mahomva that he was “exceptionally authorising” the release of the Drax consignment at the Robert Gabriel Mugabe International Airport in Harare.

He ordered Mahomva to disregard his earlier blanket moratorium of April 28 and implement a special dispensation for Drax, claiming there was an urgent need for test kits to be used in the country’s fight against COVID-19.

“In this regard and given the urgent need for the test kits, Treasury is hereby exceptionally authorising the release of the above consignment to ensure the items’ availability in the ongoing efforts to fight the COVID-19 pandemic,” part of Guvamatanga’s memo read.

“Treasury will provide funding for the consignment guided by the contract.”

Ministers Mthuli Ncube (Finance), Obadiah Moyo (Health) and Chief Secretary to the President and Cabinet, Misheck Sibanda, among others, were copied.

The masks, charged for US$28 each often cost about US$5 per unit and could be less in Dubai, where Drax is registered, where coveralls cost an average of US$30.

Rapid tests kits bought from a Namibian supplier, Jaji Investments, cost US$15 each in March, according to an investigation by an online publication, ZimLive.

Basing on the prices, Drax could make a profit of about half a million US dollars from the consignment.

Quizzed on the pricing by Drax in Parliament yesterday, Industry and Commerce minister Sekai Nzenza said the government was in a hurry to purchase the items and, thus, had no time to compare prices.

“At first, we were in a hurry to get tenders for COVID-19 personal protective equipment (PPE) and had no time to compare prices. However, now we can compare prices and say it is too high,” she said.

But Guvamatanga, responding on Twitter, said: “This is a misrepresentation of facts. The letter being quoted was specific to release of test kits that were urgently required. The letter was also clear that no other purchases could be made.”

In another tweet, the bureaucrat said: “It is true that we authorised the release of 15 000 test kits that were at the airport. It is false that a payment of US$1 million was authorised, neither was it paid nor will it be paid.”

Information secretary Ndavaningi Mangwana rushed to clear Mnangagwa, claiming it was through the President’s intervention that the deal involving his son was halted.

“I understand that when the President saw this in Cabinet, he flagged it up and directed that no such payment should be made. That payment was, therefore, not made. An audit was ordered and Zim Treasury will issue a comprehensive statement on this,” Mangwana said.

Drax got registered as a government supplier after stating its headquarters as Switzerland, but on its website, it says it was registered in Dubai, the United Arab Emirates, in 2020.

The company uses a bank account held with Bank One Limited in Mauritius.

Drax International has signed deals with the government worth over US$60 million for the supply of drugs to National Pharmaceuticals (NatPharm), the supplier of the State-owned drugs.

The lucrative deal has been shrouded in secrecy and the company did not go to tender to secure it.

Nguwaya is known for name-dropping Mnangagwa each time he is implicated in fraud cases.

In March, he was pictured with Mnangagwa at State House donating COVID-19 equipment worth around US$200 000.

Several pictures of the man, with a rich criminal record, in the company of Mnangagwa’s sons have also gone viral.

Civic organisations have always complained over the secrecy in which government was treating its COVID-19 expenditure, including donations from wealthy benefactors across the globe.

Meanwhile, Godfrey Tsenengamu, the leader of the newly-established Front for Economic Emancipation in Zimbabwe, yesterday wrote to police seeking clearance to protest at the Finance ministry offices over the Drax deal.

“This has been necessitated by the recent exposure of the scandalous purchase of COVID-19 consumables involving the Finance ministry permanent secretary George Guvamatanga and a company called Drax International LLC,” Tsenengamu wrote to the police.

He pledged to field a 45-member team for the protest which he said would respect all the COVID-19 lockdown measures.