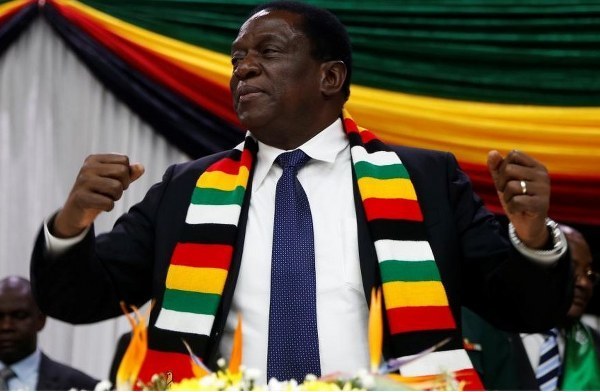 Zimbabwe’s government signed a $3.5 billion deal to compensate white commercial farmers who were evicted from their land two decades ago.

The agreement is a turning point in a dispute that tipped the southern African nation’s economy into freefall by slashing food production and export income, and incurred sanctions from the U.S. and European Union.

“Today marks a huge milestone,” Andrew Pascoe, president of the Commercial Farmers Union that represents the white farmers, said Wednesday at a signing ceremony in the capital, Harare. “As Zimbabweans, we have chosen to resolve this long-outstanding issue.”

It’s unclear how the compensation will be funded, at a time when Zimbabwe is in the midst of an economic crisis. The country is battling inflation of more than 700% and dealing with shortages of currency, fuel and food with over 90% of the population out of formal employment.

A committee has been formed by the government, farmers and donors to raise funding for the compensation, Vice President Constantino Chiwenga said at the ceremony.

Zimbabwe has endured intermittent food shortages since the government began the often-violent program that seized most white-owned, large-scale farms from 2000. Zimbabwe’s rulers maintain that the land was taken forcibly during colonial times and needed to be returned to Black residents.

The compensation agreement is for improvements and assets on the more than 4,000 farms that were seized and doesn’t pertain to the land itself, Ben Gilpin, a director of the CFU, said earlier this month.

“This momentous event is historic,” President Emmerson Mnangagwa said at the ceremony. “It brings closure and a new beginning.”

The signing was unfortunately signed without on the day of Agriculture and Lands Minister Perence Shiri’s death.

Below is the agreement;

GLOBAL COMPENSATION DEED
Entered into by and between

(2) THE SOUTHERN Represented by Cedric Robert Wilde AFRICAN
and

The issue has been outstanding since two decades ago when the state authorised the violent grabbing of land from then-owners – white farmers.

The land reform programme soiled Zimbabwe’s relations with the Western international community with the United States, the United Kingdom, and the European Union and their allies imposing sanctions on the country’s ruling party, companies and individuals linked to it and senior officials.

ZRP Officers Thrashed By A Mob In High Glen Road