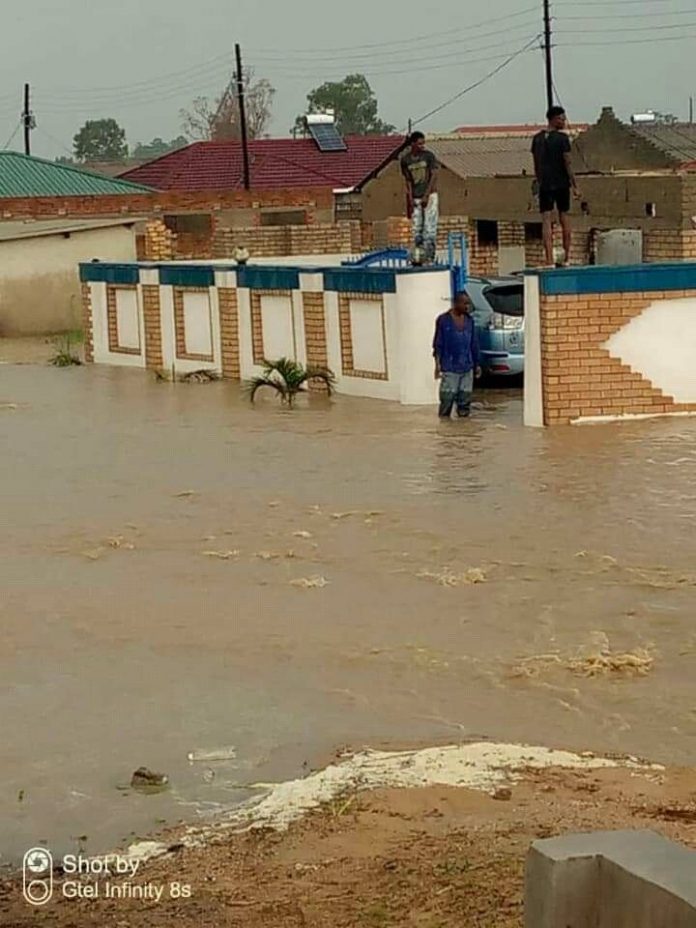 The local government Minister July Moyo: We will resettle wetlands inhabitants. The Government will soon begin scouting for alternative land for people settled on wetlands and other undesignated areas to prevent possible disasters, especially in the wake of floods that affected Chitungwiza on Friday.

Speaking during a tour of houses affected by the floods yesterday, Local Government and Public Works Minister July Moyo said those settled on wetlands and riverbanks should immediately approach authorities to get assistance.

He urged the affected residents to register with councils.

“And where they know the person who falsely gave them that land, they should also be telling us now to say, ‘I was given this land by so and so and here is what I paid to that person’, and we deal with it.

“If they were given by the council and have all the history of the money they were paying to council, they should also tell us so that we have a record of what is happening. “If they remain silent, let them not cry foul when we now take action to remove them.”

National Housing and Social Amenities Minister Daniel Garwe said the Government had no choice but to destroy all unplanned settlements, which have become hotspots for natural disasters, disease outbreaks and crime.

“Those are the areas which we are saying we are going to look for experts to ensure that they are serviced. But there are land barons who are taking advantage of that and are parcelling out land in the middle of the night and telling people to build quickly because the Government will come and regularise. We are not doing that anymore; the Government is saying no.”

“The majority of the things that we see around town are things that happened during the First Republic, and the Second Republic has been very clear in terms of making sure that we address these things. We do not want Chitungwiza to be the biggest shanty town in the country.”

Some affected residents narrated their ordeals to The Sunday Mail. Marvelous Chimhau (35) of Unit L Extension said: “What started like a normal day ended up in disaster after heavy rains pounded this area yesterday (Friday) afternoon. Water started flowing into the house and all the household goods are wet as we speak.

“We did not sleep last night. My neighbour was not at home, so people from the neighbourhood had to rescue the children, including one who is still in preschool, from the flooded house.”

Another resident, Tsitsi Muchenu (25) of Unit L’s Garikai Stands, said illegal structures were the most affected because they were built on wetlands. “All this shows desperation among the home seekers who are also susceptible to manipulation by land barons, who are selling stands everywhere,” she said.

Rowesai Mazhindu (44), who stays near a dilapidated bridge that links Unit L and Chirasavana Township in Seke Rural, said most home seekers were at the mercy of land barons.

“When you join these co-operatives, the directors appear genuine at first. You are made to pay huge sums of money only to be allocated a stand in a place like this,” she said.

“In the end, you build a house because you are desperate to have a roof over your head. But, I think our local council is letting us down; they should be proactive and stop these land barons.

“We are, therefore, appealing to the Government to intervene and make sure that people are allocated legal stands.” Chitungwiza Town Council spokesperson Mr Lovemore Meya said the town was mobilising support for the affected.