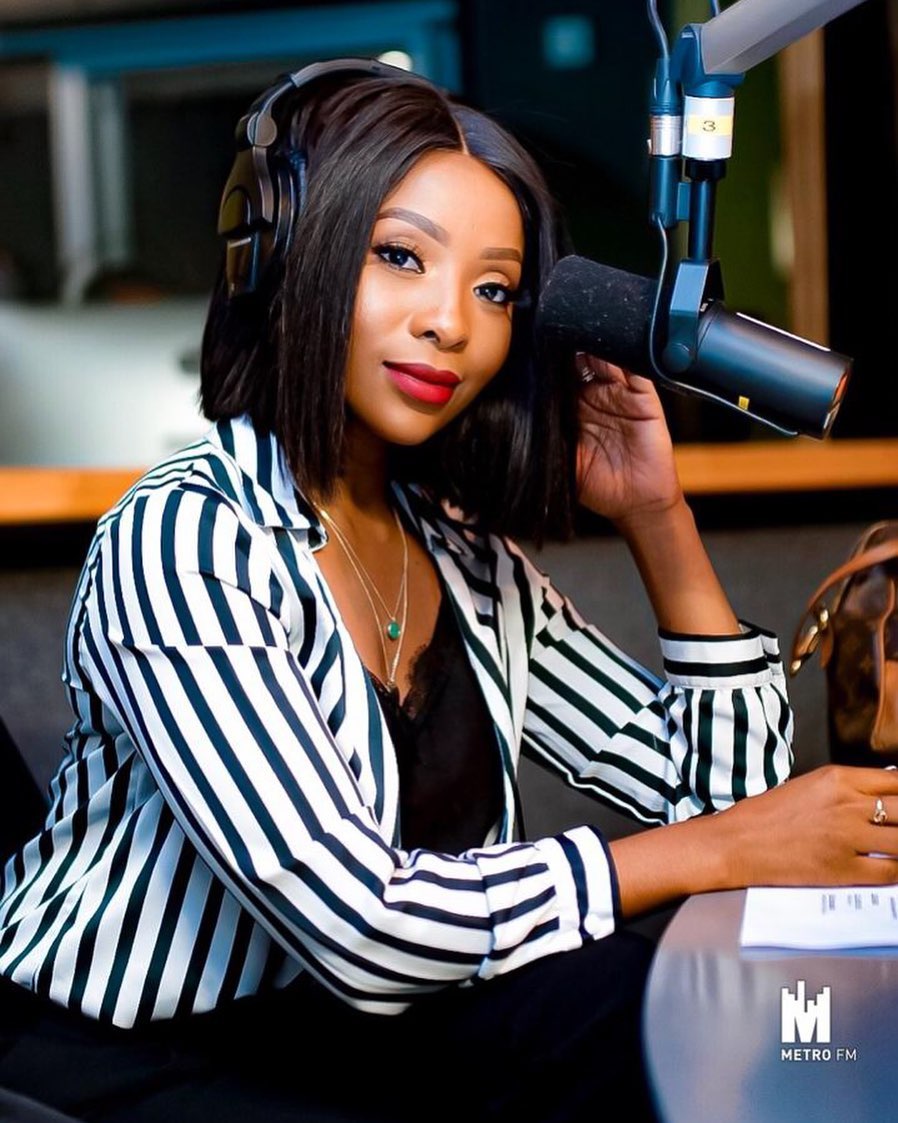 Metro FM sultry presenter Pearl Modiadie has a bun in the oven. And her tyke is a product of an across-racial-lines relationship.

Celebgossip has learnt that Modiadie is at least six months pregnant and the cat in her bosom is a Frenchman, who plies his trade in South Africa.

News that Modiadie is pregnant was revealed by two members of her public relations team.

“She is pregnant and she is so excited because this is her first experience, so you can image. She has been trying to keep this thing a secret because her culture does not allow her to talk about pregnancy, even though the bump is now visible and no longer hideable,” said one of the PR members.

The member said Modiadie and her French boyfriend already knew the gender of the child but were not going it reveal it just yet.

“He knows the African culture very well, so he has no qualms with paying damages,” said the member. Modiadie, a known shrinking violet, confirmed that she was knocked up but declined to discuss the matter further with us.

“Out of respect for my culture, I prefer not to talk about my pregnancy,” she said.