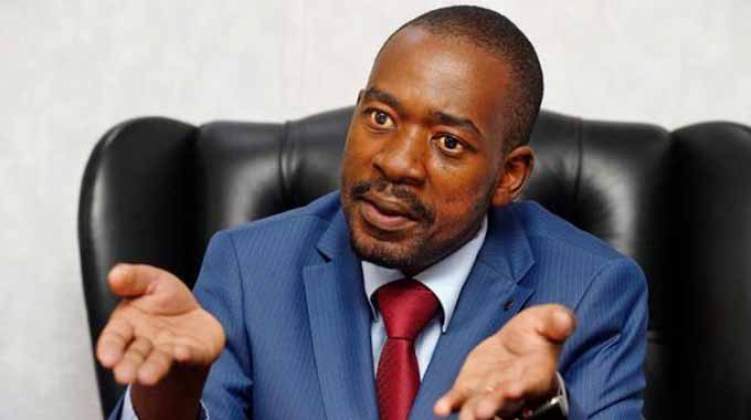 MDC Alliance has dismissed as false reports suggesting that the party Secretary-General, Chalton Hwende had planned to have former Secretary of Policy and Research, Tapiwa Mashakada beaten by thugs.

We present the statement in full below.

In recent days I have noted with concern and dismay a flurry of deliberate falsehoods and malicious allegations being peddled by former MDC Alliance Secretary for Policy and Research Hon. Tapiwa Mashakada accusing Secretary-General Hwende of all sorts of things.

Among other things Hon Mashakada falsely claims that he failed to attend the last Standing Committee meeting because SG Hwende had organized thugs to beat him up if he attended the meeting. Hon Mashakada also falsely accuses Hwende of stifling debate through intimidating other National Standing Committee members. He also falsely accuses him of personalising the MDC Alliance and calling the party “chinhu chedu”. None of these preposterous allegations are true and Hon Mashakada knows he is deliberately lying in order to sanitize his decision to betray the national democratic struggle by jumping ship and joining hands with ZANU PF and Thokozani Khupe’s MDCT.

To begin with, it is ridiculous for Hon Mashakada to suggest that an individual can successfully intimidate any of the senior and seasoned party cadres who sit in the National Standing Committee. It is simply not possible. Moreover, the MDC Alliance is a democratic party with multiple safe spaces for robust debate and discourse for its leaders and membership.

It is also outrightly preposterous to allege that Hwende calls the party “chinhu chedu”. It is common knowledge that no one person owns the MDC Alliance. The MDC Alliance is owned by its collective membership not individuals.

After all, it is clear that Hon Mashakada and Hon Mupariwa made personal and voluntary decisions to disengage from the MDC Alliance when they defied the party’s resolution to temporarily disengage from parliament. By defying the party they made a choice to cooperate with ZANU PF and therefore they should take responsibility for their actions and choices without shifting blame.

Our Secretary-General has been targeted by ZANU PF and its proxies including Hon Mashakada for leading the political and legal fight-back strategy to defend the party and its property.
Through the office of the Secretary-General, the party has successfully filed court papers to defend party property. The party has also succeeded in stopping government from disbursing money due to the MDC Alliance through the Political Parties Finances Act to any other political party.

And lately, we have through the courts stopped the MDCT from replacing recalled MDC Alliance MPs.
Because of these notable successes that we have achieved through the courts party adversaries are panicking and have now targeted the Secretary-General of the party for attack using spurious allegations and blatant lies. But he is only the Secretary-General of the party. He does not make decisions for the party alone. His responsibility is to implement the decisions and resolutions of the party. A responsibility that he has evidently carried out with urgency and without fear or favour.

We are determined to win this fight against ZANU PF and its proxies. And we are setting the stage for victory.
The struggle continues!