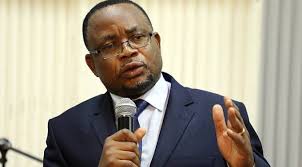 Public Service, Labour and Social Welfare Minister Paul Mavima said that the government is aware of the ongoing erosion of salaries due to rising inflation, therefore, there is a need to continuously review them.

In an interview with State media on Thursday, Mavima said in February this year, the National Joint Negotiating Council reached a compromise agreement to set a minimum wage for people in the unclassified sectors and this has to be continuously reviewed. He said:

We would really want to see macro-economic stability whereby salary negotiations are done once a year or even after two years.

You know the National Joint Negotiating Council reached an agreement in February this year. There was a compromise where they said Minister go ahead and set what can be considered a minimum wage and I think we have just gazetted a minimum wage for people in the unclassified sectors including domestic workers.

So, we have to continuously review. The Government is really alive to the fact that there is the ongoing erosion of wages and salaries and we need to continue to review.