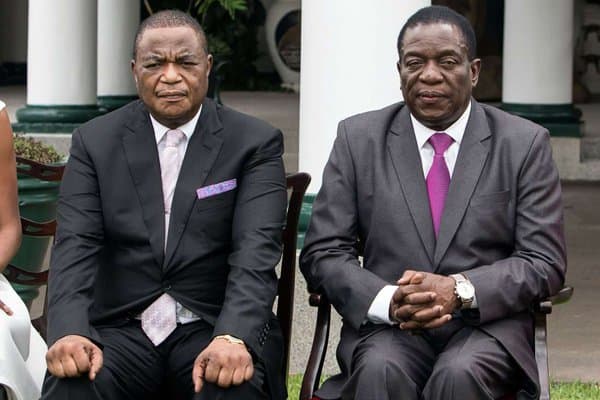 There have been reports VP Chiwenga was not happy with Mnangagwa who has pulled all the stops to consolidate power around himself amid claims the former military boss was also keen on landing the presidency during his current political life.

Exiled former cabinet minister Jonathan Moyo has also moved to throw the cat among the pigeons through claims the two had gone increasingly resentful of each other.

However, speaking on NewZim TV, Matemadanda, who is also Zanu-PF commissar, said his bosses were in good books.

Matemadanda also savaged Moyo saying the ex-Zanu-PF politburo member’s only claim to fame was the scandal he was once involved in concerning funds he was accused of looting from the Zimbabwe Manpower Development Fund (ZimDef) during his time as Higher Education Minister.