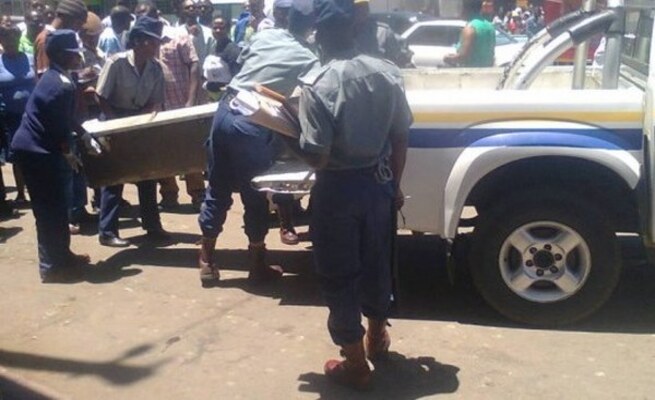 A man suspected to be mentally challenged allegedly killed his father before beheading him and chopping off his test*cles.

ZRP Makosa arrested Tonderai Mariwo, a suspected mentally challenged man, for a case of murder where he allegedly struck his father once with an axe on the neck before cutting off the head, right thump, and testicles.

The suspect has since appeared before Mutoko Magistrate Court, where he was remanded in custody for trial on 16/12/22.

In an unrelated case, police say they are investigating the alleged r@pe of a 13-year-old grade seven pupil from Mutoko.

Police said the minor had visited her mother in Kambuzuma, Harare, during the holidays when she was s3xually abused.

The matter came to light after the girl had returned to Mutoko and it was discovered that she was already six months pregnant. Police said:

The ZRP is investigating a case of r@pe in which a 13-year-old grade seven pupil was r@ped by a certain man after she had visited her mother for a holiday in Kambuzuma, Harare, in April 2022.

The offence came to light when the complainant returned to her aunt’s place in Mutoko, where she was medically examined and found to be six months pregnant.