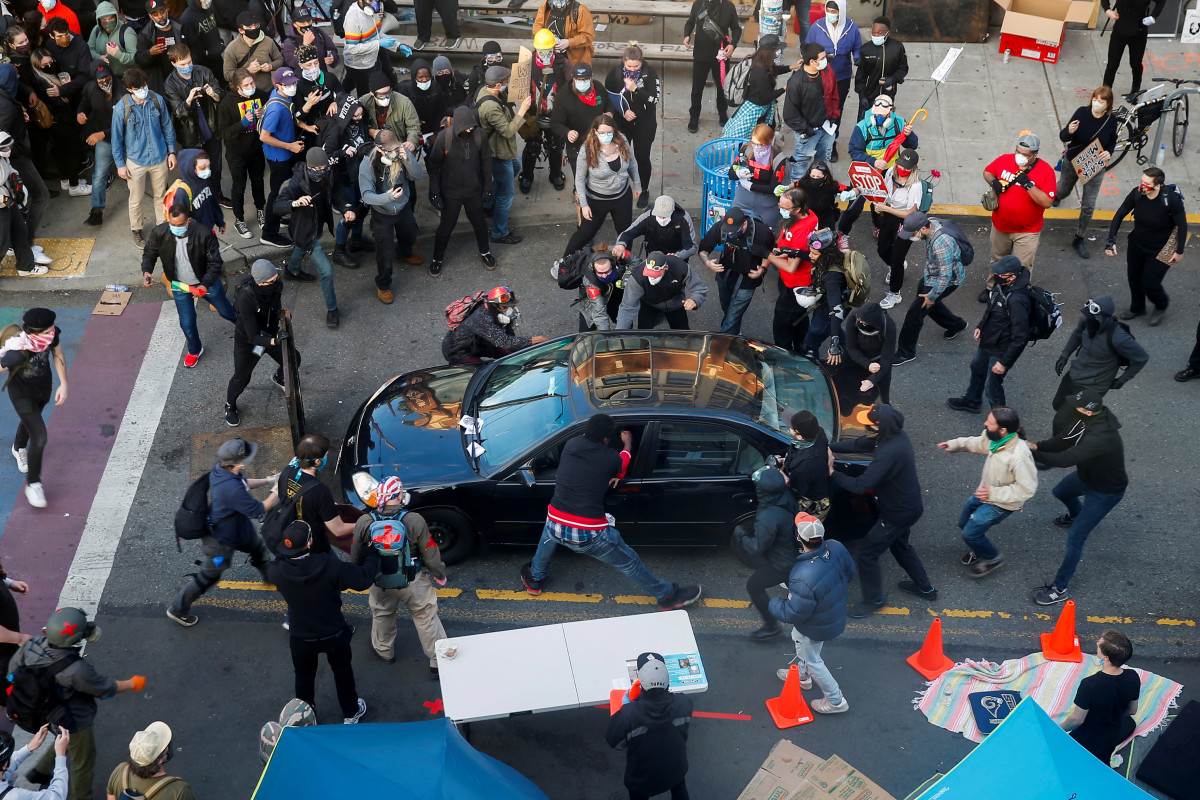 A black man is in hospital in a stable condition after another man drove a car through anti-police brutality protesters in Seattle, Washington, and hit a barricade before brandishing a gun at demonstrators.

The Seattle Police Department said it had taken the suspect into custody and that it did not believe there were any additional victims.

Protester shot in Seattle after man drives vehicle through demonstration

At least one person has been shot after a man drove a vehicle through a Black Lives Matter protest in Seattle before getting out of the car and brandishing a gun at demonstrators.

Footage of the incident shared on Twitter depicts the moment the unnamed man drives up 11th and Pine St, prompting protesters to scatter.

Video footage of man driving his car into #BlackLivesMatter protest in Seattle and shooting a man through the window before he flees. #seattle #seattleprotest pic.twitter.com/3iUI7eKEye

As the vehicle slows to a stop, one person can be seen placing a barricade against the car, while several others surround it.

A gunshot sounds and one of the protesters up against the vehicle’s window falls to the found.

“Officers searched, but do not believe there are any additional victims,” the tweet added.

The Seattle Fire Department said the victim, who they described as an approximately 27-year-old man, was in a stable condition.