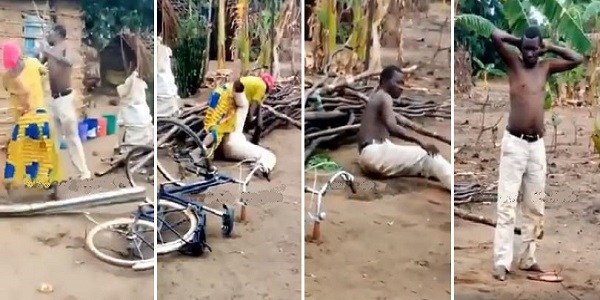 Bulawayo based Bernard Zvarivadza is seeking a protection order against his wife who is allegedly subjecting him to fierce blows, sjambok and knobkerrie beatings.

Zvarivadza from Emakhandeni shared his horrific experiences at the hands of his wife Fungai Define Mubata at the Bulawayo Civil Court where he was seeking a protection order against her.

He revealed how his wife left him distressed and fearful due to her repeated acts of violence and verbal abuse. Zvarivadza said so ruthless was his wife that she once scalded him with boiling cooking oil after they had an argument.

He said through her constant abuse, his wife was violating an existing court order that was granted against her in 2018 which states she should not verbally, physically and emotionally abuse him.

The order was granted after Zvarivadza told the court that: “My wife Fungai Define Mubata is physically and emotionally abusing me. She beats me up with open hands, sjambok, knobkerrie, and stones. She once poured hot water all over my body. She also locks me outside the house”.

Zvarivadza who was in court last week said his wife’s unrepentant behaviour was a sign that she wanted to kill him.

“From the time we got married I had never been in peace. This is despite the fact there is a protection order that was granted against her and spells that she should not abuse me. We have been to court several times where she was made to pay fines but she didn’t change. She always assaults and insults me with vulgar language for no apparent reason.

“I am now living in fear as she comes to my workplace and makes noise. She wants to kill me and I want the court to stop her from abusing me and coming to my workplace,” begged Zvarivadza.

His plea was dismissed by presiding magistrate Nomsa Ncube who said the protection order that was granted in 2018 was still in existence.

She, however, advised him if his wife abuses him, he should report her to the police for contempt of court.