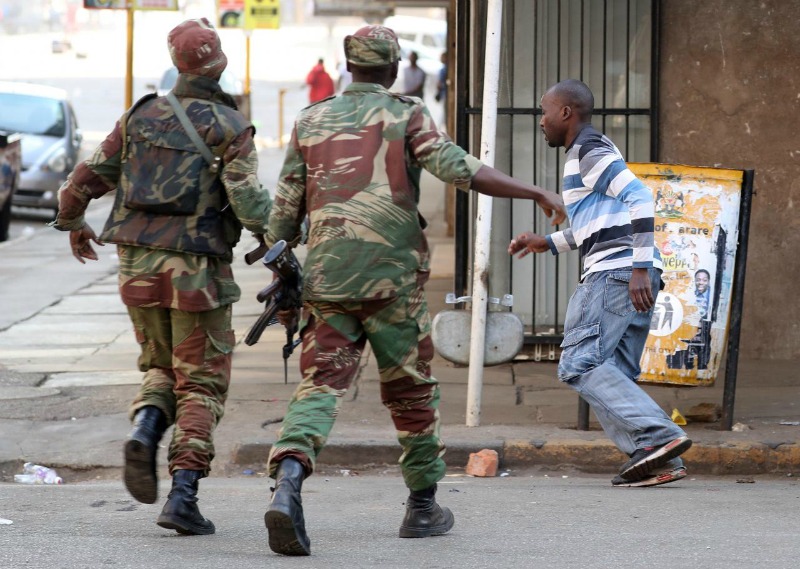 A CHITUNGWIZA man Cloudy Tasukwa reportedly committed suicide at the weekend after soldiers and police enforcing lockdown regulations reportedly swooped and robbed him of US$1 200, the victim’s family alleged.

Army spokesperson Lieutenant-Colonel Alphios Makotore could not immediately confirm or deny the reports.

He said criminal matters were the responsibility of the police.

“All criminal matters are dealt with by the police, so you can call the police,” Makotore said curtly.

Police spokesperson Assistant Commissioner Paul Nyathi said he was yet to receive such a report, while Zimbabwe Defence Forces spokesperson Colonel Overson Mugwisi referred all questions to Makotore.

“I’m not aware of such reports,” Nyathi said.

However, family spokesperson, Lancelot Tasukwa confirmed to NewsDay yesterday that his brother, a father of two, committed suicide claiming that the US$1 200 he had was taken from him by soldiers.

“My brother said he was attacked by the military and had money taken from him. This happened on Saturday evening at Huruyadzo. About US$1 200 was taken from him and he drank poison,” he said.

Lancelot said the family was preparing to bury him and would pursue the matter later.

Burial has been set for Dorowa, Manicaland province.

“We will certainly pursue the matter. He was really affected by the matter as he was no longer working, so he had sold his vehicle to go into informal trade,” a distraught Lancelot said.

According to him, the family tried all they could, including taking him to a private hospital where he later succumbed to the poison.

The police and army are involved in the enforcement of lockdown regulations, including enforcing the dusk-to-dawn curfew announced by President Emmerson Mnangagwa last week.

Human rights groups, however, said they remained concerned over the rising cases of rights abuses at the hands of the police and military, who have been allegedly harassing civilians.