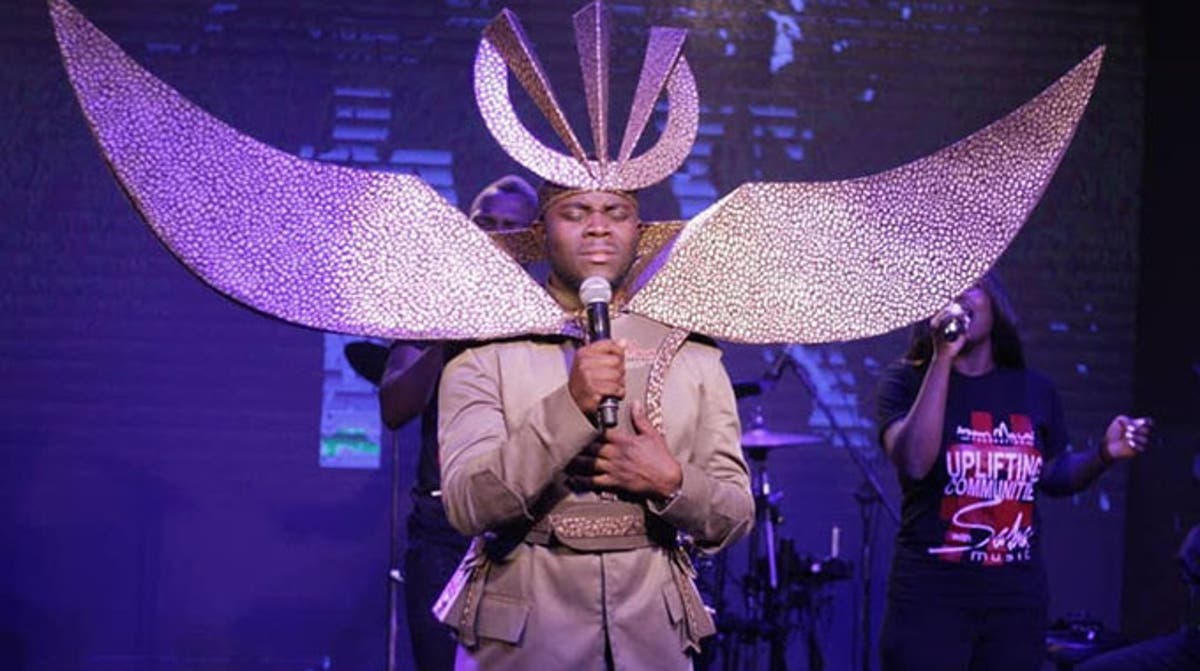 Controversial gospel musician Sebastian Magacha has defended and explained the art behind the outfit he wore for the online lockdown show hosted by Adam Moloi on Ngoda TV over the weekend.

The outfit left fans talking. It seems the musician knows what the fans want and tries to ride on controversial subjects that always make him talk of the town.

In an interview, Magacha did not deny that it was a comeback strategy and that he believes paid off.

“This was my first lockdown show and I give thanks to Adam Molai who came up with the concept and supported the event. I wanted to have an impact. I gave my fans what they wanted and I disown claims that it was some Illuminati creativity but we should understand and adjust to the environment that art is not only about lyrical but being creativity.

I am a force to be reckoned with and I am much surprised if artistes from West and European do the same on their music videos or even online platform we seem to praise and urge our own to emulate yet alone if it is back home it lacks support,” he said.

The “Ridza Bhosvo” hitmaker said there was more to come and the outfit was inspired by God.

“I am not saying I am God but the outfit was inspired by Him. The wings that people saw are not actually wings but represented horns. Biblically when God was anointing someone, horns would be used as an oil vessel, (gonamombe). The same horns resemble my music. The crown I wore represented ‘kingsmanship’. It was made by Jasper Mandizera who is well known for making Vimbai Zimuto’s outfit,” he said.-Herald

JUST IN: The price of bread goes up