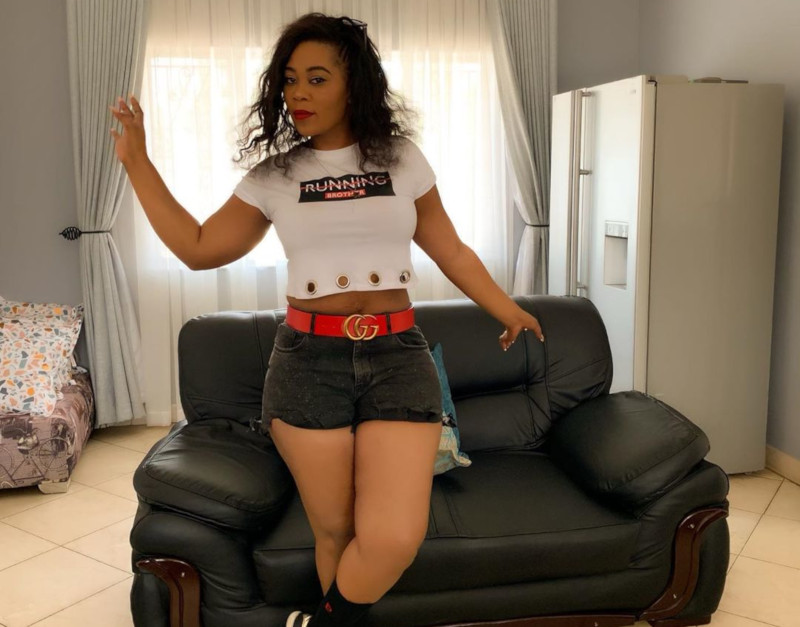 COMEDIENNE Tyra “Madam Boss” Chikocho yesterday distanced herself from a Twitter handle registered in her trade name which was used to call on Zimbabwean artists to speak out against President Emmerson Mnangagwa.

The handler of the account, registered as madambossZim1, on Saturday called on artists drawn from different disciplines to use their influence to speak out against the government.

Madam Boss, who is also an influential socialite and actress, yesterday dissociated herself from the account.

She said whoever was behind the scheme wanted to pawn on her influence and gain mileage by using her name to attack the government.

“A Twitter handle was created called madambossZim1 and our pic was put there, I’m sure the person wanted to use our influence and popularity to gain mileage. The page is posting politics and attacking the government using our brand name.

“Our Twitter handle is madambosszim and we would like to dissociate ourselves from that ghost account. We do not post politics on any of our social media handles, our job is to entertain people only,” she said.

Madam Boss said her brand did not associate itself with politics as their sole mission was to entertain people.

“We would like to tell the culprits that those who follow Madam Boss knows we don’t associate ourselves with political things. Madam Boss Entertainment was created to entertain people and not politics. To all our fans, we appreciate your support and we will continue to give you entertainment,” she said.

The entertainer said her team was working flat out to track down the culprits and ensure they were brought to book.

“I am sure those who created the ghost account wanted to use our influence and popularity to push their political agendas and tarnish our brand. We are working flat out to make sure the culprits are exposed with the help of law enforcement agents and IT experts. Madamboss brand is for entertainment, not politics, our history explains everything,” she said.

Madam Boss, however, said although social media had contributed to the growth of brands in the country, it had also posed a serious threat.

“It’s true, social media can help you realise your dreams. In our case, we want to thank God for our brand that has managed to do well on social media. We have come this far with the amazing support that we are receiving from our fans,” she said.

“It’s a dream come true to have half a million followers on Facebook. Inasmuch as we have enemies, God’s protection and good management have helped us to stay relevant in this hostile social media environment.”

The Twitter handler posing as Madam Boss wrote in both English and Shona that artists in the country were not using their influence to push for political change.

The tweet attracted both positive and negative comments from other social media users, with some congratulating her for her bravery and others expressing fear for the life of the comedienne

Madam Boss, however, said she was aware of the damage that social media could cause when abused.

“Social media has destroyed a lot of people as well if not well managed. Marriages, friendships, brands have been destroyed through social media, so it’s a very tricky platform and it needs proper management otherwise it can destroy you,” she said. Meanwhile, Madam Boss said they were working on completing the television series Dudzai as well as reviving the Keshtalk with Madamboss talk show.

End Of The Road For Fundiswa Zwane: fired from Imbewu The Seed

Man Stabs Parents 18 Times, With A a Kitchen Knife