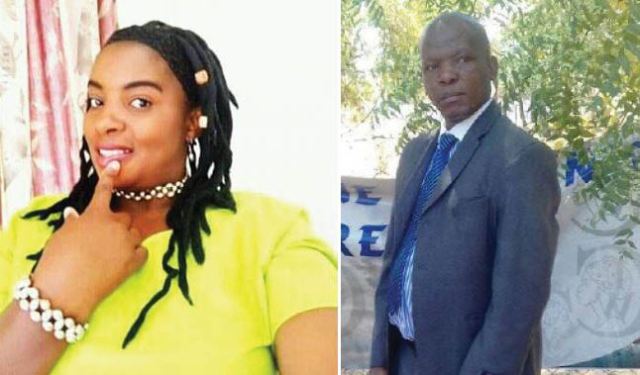 Man steals wife’s undergarments to spoil lover. A Bulawayo man was left with egg on his face after his wife exposed him of stealing her property to splash to his mistress. In a surprising twist, Debra Shumirai Dzowa who was recently dragged to court by her husband, Masauro Phiri, for alleged physical abuse ended up shaming and exposing the latter’s philandering habits.

In an explosive interview with the local publication, B-Metro, the accused, Dzowa, turned the tables on the complainant and laid bare his shenanigans. Speaking on the aftermath of the court case, Dzowa sensationally alleged that Phiri stole her property, including some household items, clothes and underwear so he could spoil his mistress, Telia Zilawe.

Dzowa revealed that she allegedly found most of her property missing from her house earlier this year upon her return from South Africa. ‘It is not true that I am abusing him. Our problems started when I came back from South Africa on 8 January. This was after I discovered that some of my property comprising household property, clothes, and panties were missing.

When I asked him about the missing items, he professed ignorance on their whereabouts. Surprisingly, there was no sign of a break-in at our house. From my investigations that is when I gathered that he was the one responsible. He gave them to his girlfriend who used to come to our house for sleep-overs’.

After the incident, a suspicious Dzowa lodged a complaint at the police station. Her husband, in a bid to “fix” her — responded by applying for a protection order against her claiming she was abusing him.

‘I am now living in fear that she is going to bewitch me after she threatened to take my panties to a sangoma for rituals. She is also sending me threatening messages declaring I will never get my things and that my husband will never get back to me.

My husband is also no longer eating at home. This was after his lover told him not to do so saying I’m going to poison him’. When Phiri had initially approached the courts he had claimed that he was living a hellish life at the hands of his abusive wife whom he wanted to be evicted from their matrimonial home.

‘On several occasions, she has threatened me with death and she intensified her threats since she came back from South Africa on 8 January this year. She sent me numerous threatening WhatsApp and text messages. Since we stay together, I’m afraid she can harm me’.

Contacted for comment, Zilawe could neither confirm nor deny the incident. ‘She (Dzowa) is a lunatic, and that is all I can say,’ she said.