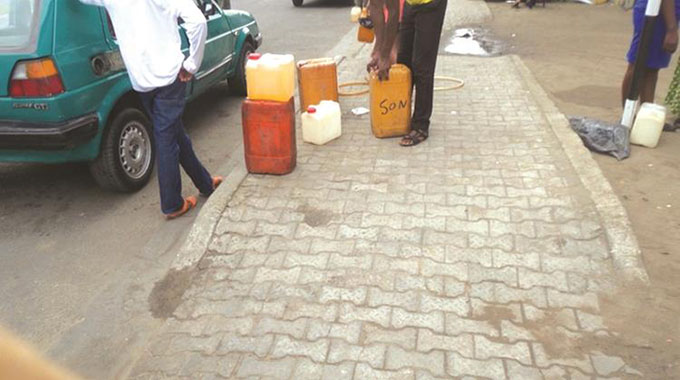 AN illegal fuel dealer was Monday burnt to death at his Chitungwiza home and his wife escaped the explosion.

The deceased was identified as Itai Chingwena and he kept drums of petrol at his house in Seke Unit L.

At the time of the explosion, the couple was asleep and the wife was sustained first degree burnt wounds.

She is admitted at Chitungwiza Central Hospital.

People who arrived at the scene first suspect that there was a gas leak from the couple’s stove and the fuel drums exacerbated the explosion.

“The rescuers had to use sand to douse the fire because the municipality’s fire department lacks preparedness.

“What got me extremely distressed was that the municipality had no fire tenders and we had to make a very desperate effort to get one all the way from Belvedere,” Mavhunga said.

Mavhunga applauded the Belvedere fire department for their quick response to the situation.

“Harare fire brigade team reacted swiftly and in about 15 minutes they had arrived, but damage had been done since our initial efforts were to get assistance from the local authorities proved futile,” he noted.