A local company called Jaji Investments, allegedly linked to the Mnangagwa’s relatives, is reportedly selling COVID-19 equipment donated to the government of Zimbabwe by the Namibian government.

Renowned journalist, Hopewell Chin’ono, writing on Facebook, has challenged the Permanent Secretary in the Ministry of Finance and Economic Development George Guvamatanga to deny the claims.

On the 8th of April, Namibia issued a note banning any sale of Rapid Test Kits, yet former Health Permanent Secretary Dr Agnes Mahomva gave Guvamatanga an invoice on the 15th of April for kits coming from Namibia as instructed by Health Minister Obadiah Moyo.

According to Chin’ono, this raises the question: How did Jaji get a banned product out of Namibia? The simple answer is that the products were given for free by Namibia but are now being sold.

Exiled former Foreign Affairs minister Walter Mzembi has demanded that a bill of lading of the consignment invoiced to Government by Jaji should be produced to prove that there were no underhand dealings involved. He tweeted:

We demand a bill of lading of the consignment invoiced to Government by Jaji without which we shall conclude the sale of donations to Government! This is the widely held suspicion that they are exploiting their proximity to ED storage to steal donated stuff!

Below are the two documents (The Namibian government note banning the sale of COVID-19 kits, and Dr Mahomva’s letter to Guvamatanga): 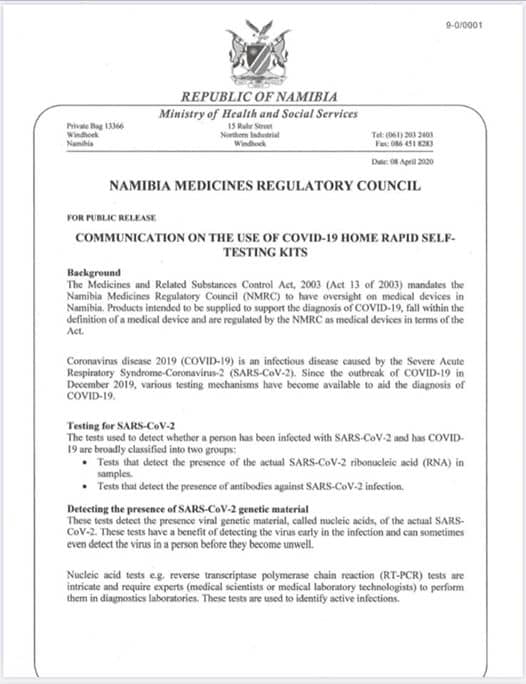 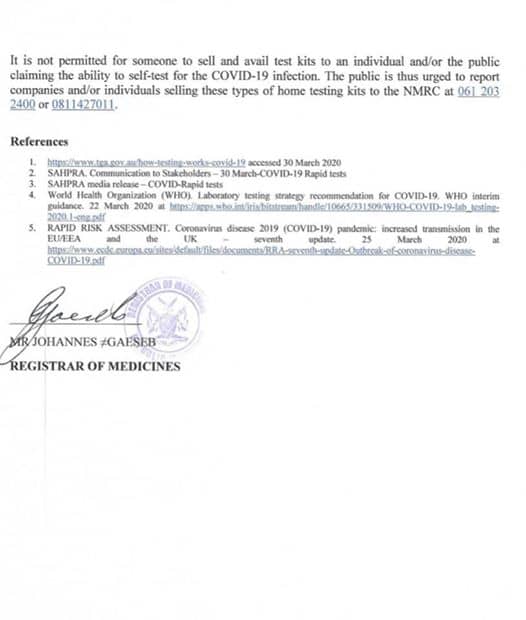 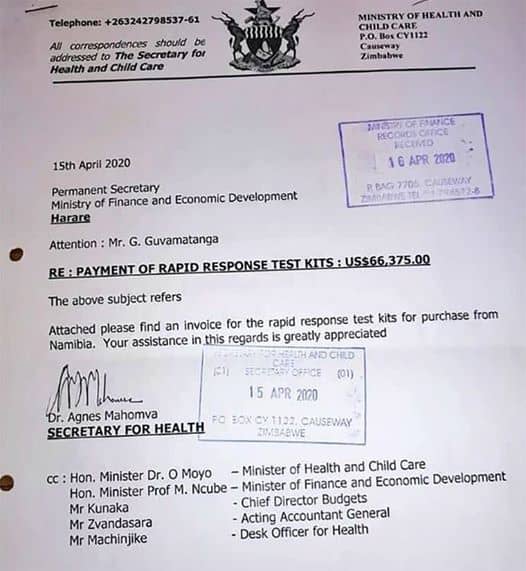