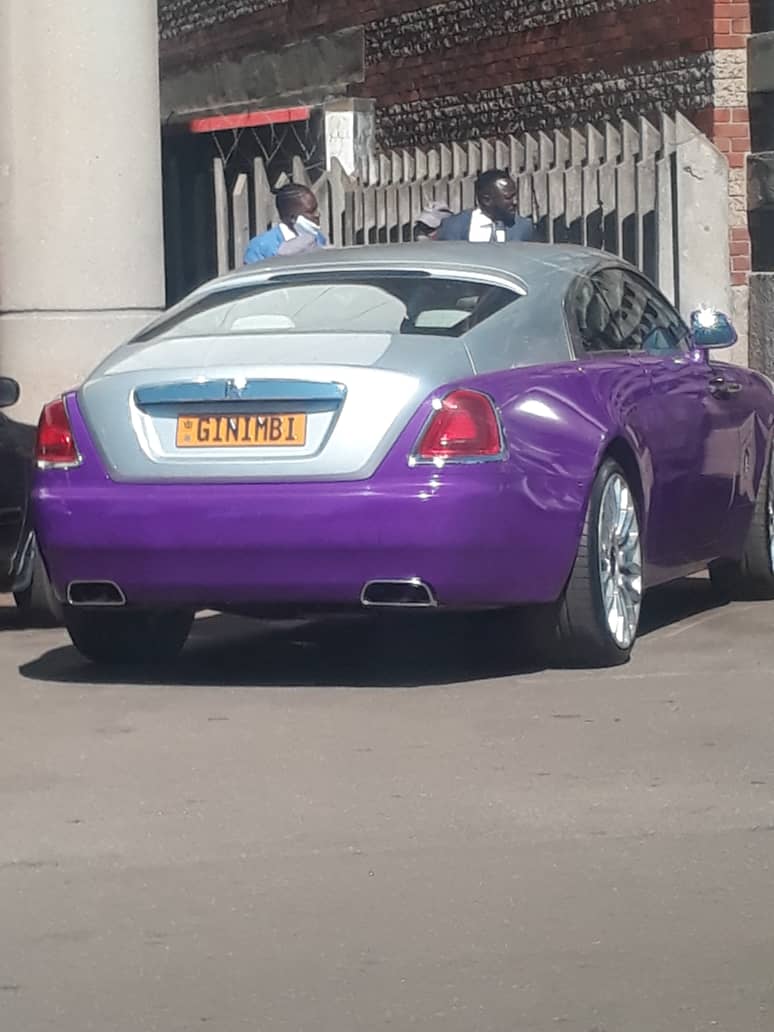 Social media influencer and affluent businessman Genius Kadunugure aka Ginimbi had his car clamped today in the Central Business District for presumably failing to pay for a parking ticket.

In October 2017, Kadungure bought the lavish Rolls-Royce at Daytona in Johannesburg for R5 million and it became subject of courts when ZIMRA realised he ha undervalued the car to evade duty payment.

In a bid to deceive the Zimbabwe Revenue Authority (ZIMRA) by paying lower duty than he should when he brought the car into the country, Kadungure allegedly concocted invoices to purport he bought the vehicle for R3 million.

Ginimbi is notorious for hosting live twerk competitions on his Instagram page in which competitors win up to R5000 per show.

Ginimbi has been in and out of prison recently thank God today it is just a small matter which may be settled with a few rtgs or bond notes.