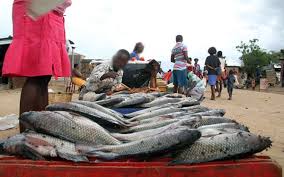 A daring fishmonger who attempted to disarm a Zimparks game ranger is now battling for dear life at an unnamed medical institution after he ran out of luck and got shot Wednesday afternoon, police have confirmed.

The comments posted on its official Twitter handle, the Zimbabwe Republic Police (ZRP) said the hospitalised fish monger, whose identity could not be immediately ascertained during the time of publishing, was in the company of a fellow poacher when the incident happened.

The latest incident comes in the wake of amplified concerns that fish poaching around the lake has become a dangerous escapade for the illegal fishmongers bloated around Chivero which is also categorised as a national park. Trigger-happy game rangers have often been blamed for the running battles that continue to characterise Lake Chivero.

The lake a vital source of income for hard-pressed Zimbabweans who are struggling to eke out a living through fish poaching- is Greater Harare’s major source of portable water for its approximately three million inhabitants.