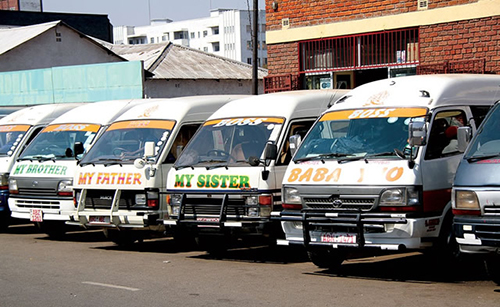 Kombis and taxis continue to defy lockdown restrictions. Rather than wait to get home, especially for those connecting, commuters end up using unauthorised transport, while touts at illegal pick-up points have re-emerged. Some kombis and pirate taxis owners have since removed registration numbers.

Desperate commuters are resorting to illegal kombis, pirate taxis and private vehicles as Zupco is finding it difficult to provide enough buses.

While the police have extensive roadblocks leading into the city centre, the illegal transporters choose routes that skirt the city centre, such as directly from suburbs to Mbare or the industrial sites, or they use side roads to get around the roadblocks.

On some roads, where police have set up a roadblock near a stream bridge or other point where there are no diversion routes, passengers are dumped a few hundred metres before the roadblock.

Kombis plying routes that lead to Mbare from high-density suburbs of Kuwadzana, Glen View, Budiriro, Mabvuku, Southlea Park, Chitungwiza and Glen Norah are seen travelling during early morning, a time when there would be no police check-out points

In Chitungwiza, kombis and mushika-shika owners are also plying from the dormitory town’s locations to Makoni Shopping Centre.