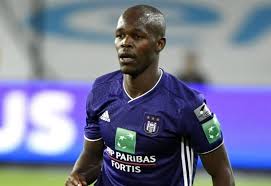 Musona made just one reserve team appearance for the club this season before sealing a loan switch to fellow Belgian top-flight side KAS Eupen during the January transfer window period in search of regular game time.

At KAS Eupen, the former Kaizer Chiefs striker scored two goals in six starts before the season was halted by the coronavirus pandemic.

Meanwhile, Musona’s South Africa-based agent Mike Makaab of Prosport International has admitted that his client could be on his way out of the Brussels club. He said:No, we haven’t received any official announcement that he has been transfer-listed. But listen, it is clear that he does not feature in the new coach’s (Vercauteren) plans and the philosophy of the club.