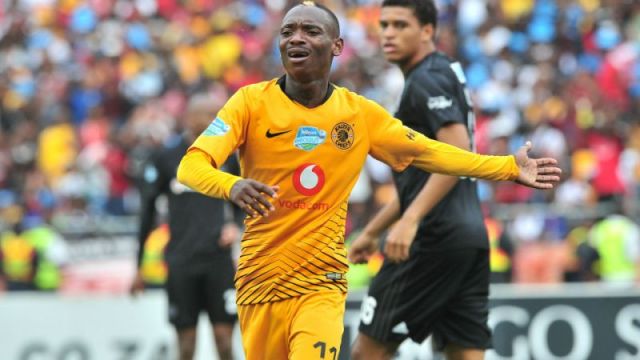 Khama Billiat misses decisive penalty, Kaizer Chiefs crashes out of Nedbank Cup – Video. Zimbabwe international Khama Billiat definitely did not have his shooting boots on Saturday as he missed from the spot in Kaizer Chiefs’ 4-5 penalty shootout defeat to Highlands Park in the Nedbank Cup at the Makhulong stadium.

The talisman who had been missing in action for the current ABSA log leaders after picking up a knee injury last year, was deeply disappointed after his shot on goal in the sudden death penalties hit the woodwork. Billiat’s miss saw the Amakhosi crash out of the competition, at the last 16 stages.

The 29-year-old attacker seems to be having a series of misfortunes of late. Recently Khama was robbed at gunpoint after disembarking from his car at a Mall in South Africa. A shocked Khama Billiat did not try to fight back and told the armed assailants to take ‘anything and everything they wanted’.

Billiat also hogged headlines last month after he was allegedly stabbed by his baby mama in a maintenance wrangle. The drama ensued after the footballer reportedly refused to pay for child maintenance until he was certain that the child was indeed his, opting to go paternity tests. This is reported to have irked his former mistress who then ran amok and attacked him.