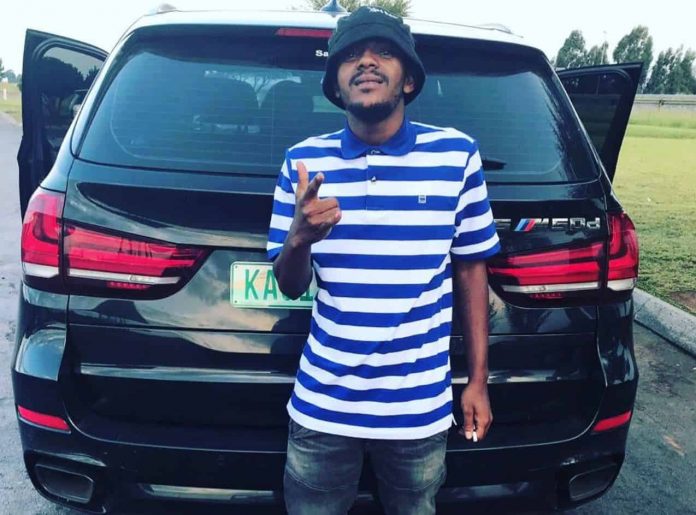 Kabza De Small was caught mocking Black Coffee in a video that has now gone viral on social media.

In the video, the Amapiano king was seen imitating sounds made by the international DJ while he was performing at a show.

Tweeps have expressed different views following a clip of allegedly drunk Kabza making fun of one of Black Coffee‘s shows, and some blame his friends who recorded the video whilst others criticize him for what he said.

Kabza imitated the sound and some viewers claimed he did it in other to jest Coffee’s set, while others defended him that it was just a normal act.

Some fans shunned people who are interested in starting a beef between the two stars.

Meanwhile, it is worthy to note that there’s been no record of hate or beef between Black Coffee and Kabza.

Check out the video and reactions below:

The issue is not what Kabza said, it's the friends he keeps who record the clip and share it to cause division and confusion. 💁🏾‍♀️

Before everyone thinks Kabza is dissing Coffee, this is how we speak ko kasi, we describe everything ka Sound effect… Le ngwanyana wao tsamaya kadi pump remo describer byana pic.twitter.com/3oMJm8mLzP