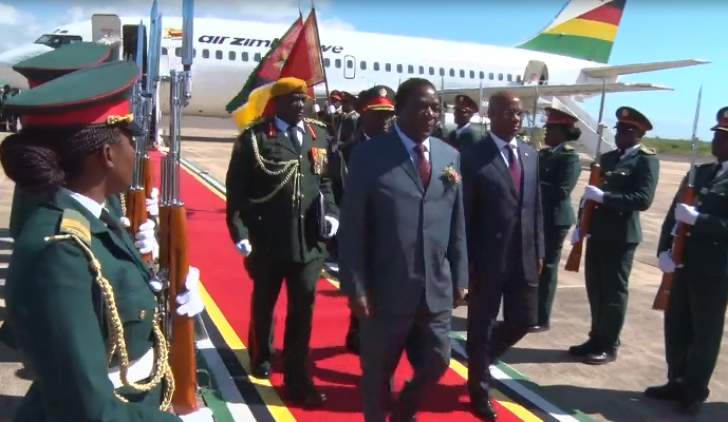 PRESIDENT Emmerson Mnangagwa heads to Botswana this week for the second session of the Botswana-Zimbabwe bi-national commission (BNC) as the two neighbours deepen cooperation.

The session runs from February 25 to 28 in Maun, Botswana’s third-largest city.

In a post on its Facebook account, Botswana said the second session will provide a platform for the two countries to discuss the implementation of agreements and Memorandum of Understandings (MoUs) signed during the inaugural session of the Bi-National Commission held on February 28, 2019 as well as explore other areas of bilateral cooperation.

The Bi-National Commission will be preceded by a Senior Officials Meeting from February 25 to 26 and the Ministerial Meeting on February 27.

The inaugural session of the BNC was held in Harare last year where Botswana pledged a one billion Pula bail-out package. Zimbabwe and Botswana signed six MoUs spanning across political, social and economic sectors that will bring the two countries closer.

The MoUs included the Extradition Treaty, Diplomatic Consultations, Rules, and Procedures Governing the Meetings of the Bi-National Commission, Mining, Geology and Metallurgy, Cooperation in the Energy Sector and Science and Technology.

According to the schedule posted by Botswana, Foreign Affairs and International Trade minister Sibusiso Moyo will hold a bilateral meeting with his counterpart Unity Dow on Thursday. President Mnangagwa is expected in Maun on Thursday.

Mnangagwa and Botswana President Mokgweetsi Eric Keabetswe Masisi will co-chair a plenary session on Friday. A joint communiqué will also be issued on the same day.