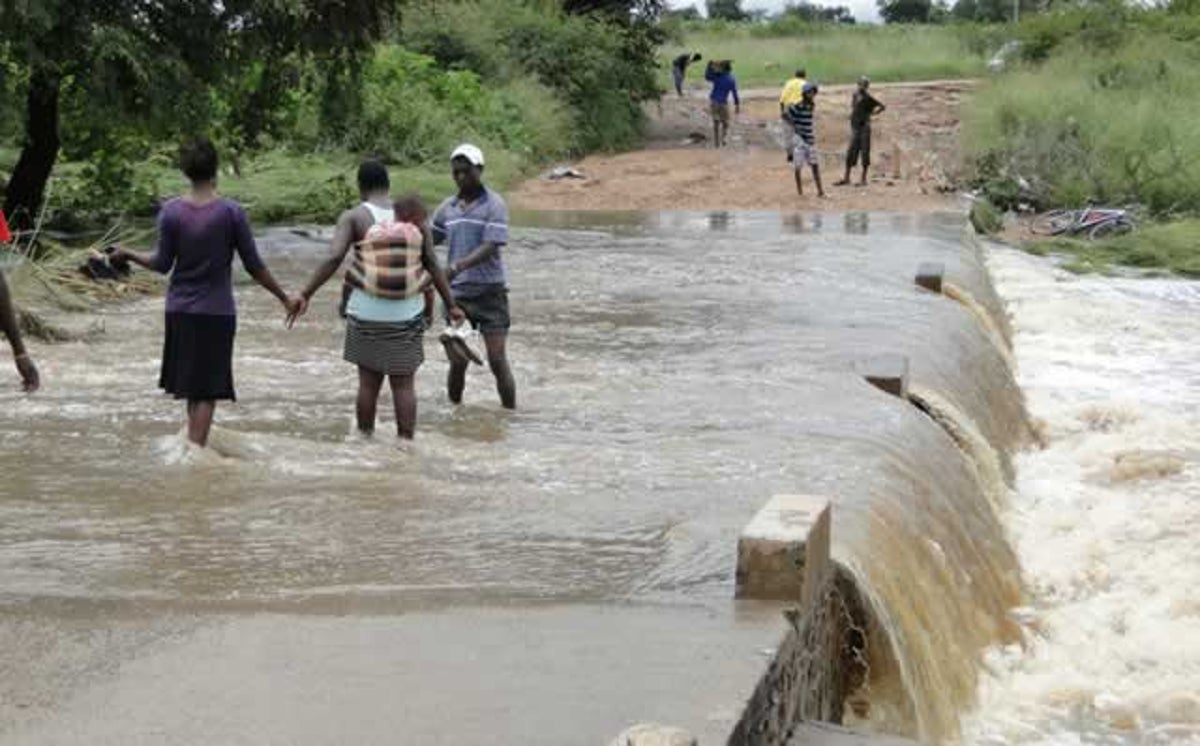 TWO Bulawayo Fire Brigade officers were injured yesterday after a water tender they were travelling in was involved in an accident while rushing to a flash floods distress call in the city.

Bulawayo was yesterday hit by flash floods that destroyed property at some homes.

“Two of our men who were responding to residents’ flash floods calls were involved in an accident along Plumtree Road near Dunlop. The road was slippery as a result of the rains and the driver lost control of the vehicle which landed on its side. The two were rushed to the United Bulawayo Hospitals where they are receiving treatment,” said Mr Ndlovu.

He said the fire brigade attended to 18 reported flash flood incidents in suburbs such as Nketa, Sizinda and Nkulumane among others.

“From the incidents that we attended to, we found that the flooding was caused by failure to open up weep holes on precast walls. We had to open up the weep holes to allow water to freely flow from the affected houses as some of the water was flowing into houses damaging property,” Mr Ndlovu said.

He said residents should open weep holes in line with the city’s by-laws when constructing precast walls.

Mr Ndlovu said residents should also avoid crossing flooded streams as they risk being swept away.

Residents yesterday flooded social media with pictures showing the flooding in their neighbourhoods.

A Chronicle news crew visited some of the affected suburbs at about 11AM and observed that the situation had normalised.

However, low-lying bridges such as the one connecting Nkulumane suburb and Upper Rangemore in Umguza and another one on the Phekiwe River along Solusi Road were flooded leaving members of the public stranded as they were failing to cross.

Parents who were visiting their children at Solusi High School waited in vain hoping for water levels to drop at the bridge.

“This is a serious inconvenience; we drove all the way from Gwanda and later we have to drive to Harare. We are visiting our child at Solusi High School but we have been waiting here for two hours. Only daring motorists have crossed the flooded bridge but this is just too risky,” said Mr Mandla Mkandla.

“This is a perennial problem we experience whenever there are heavy rains. Instead of water flowing under the bridge, it is flowing over the bridge. We have seen some daring people crossing the flooded bridge. It wouldn’t be surprising to hear that a vehicle has been swept away. They should just increase the height of the bridge,” said Mr Ndiweni.

Meanwhile, the Meteorological Services Department has predicted that moderate to heavy rains will be experienced in most parts of the country up to tomorrow (Tuesday).