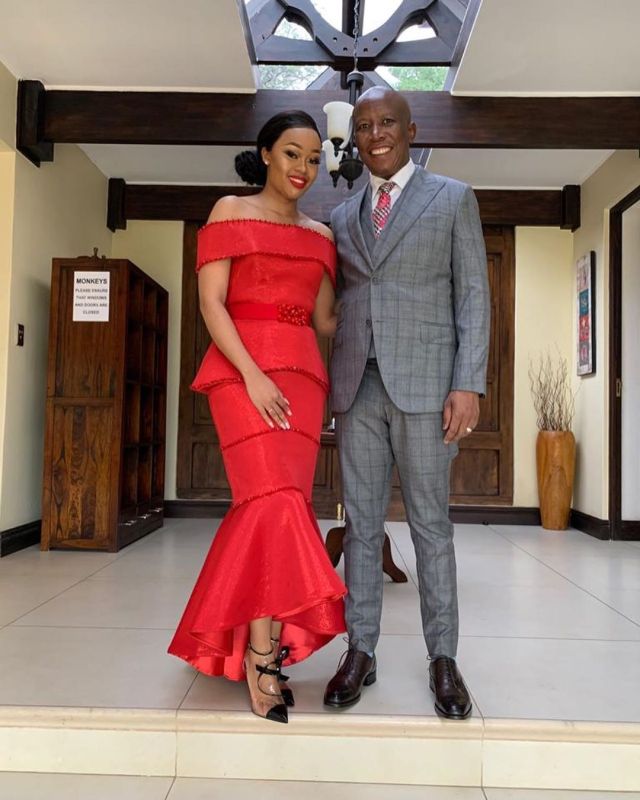 I write to acknowledge and confirm acceptance of your apology, on behalf of myself, my husband and my children. I also want to assure you that I am willing to put this matter aside and dismiss it as a thing of the past.

Having said this, Mr President, it is important to place on record that in a country where women continue to wear black outfits, either mourning the death of their girl children or in solidarity with women who are victims of gender-based violence, Parliament should never be used to humiliate women, particularly using false and malicious accusations.

It should never be a platform where women are a weapon in an attempt to neutralise political opponents in a general masculine, toxic exchange. As I’m sure you would agree, this is an insult to all women, especially those who are victims of this scourge.

Members of Parliament, especially on your watch, should focus on how to fight gender-based violence and design ways that will fulfil true freedom for women in our country. Freedom from the very weaponisation that occurred under your watch.

As a woman, I have no option, none whatsoever, but to be personally committed to the fight against the abuse of women. All women are – because our society gives us no other option. As a result, I will never let any man abuse me, neither will I ever look away when other women are abused.

I have a duty to be faithful to the history of my body, which is mobilised all the time, to settle masculine competitions between men. Thus, the assault on me, under your watch in Parliament was, in essence, an assault on your daughter, your wife, your mother and all the women in the country.

For many years now, gender-based violence is one national issue that has been repeatedly met with tired, meaningless and futile gestures that are redundant and even damaging in nature. At times from official state personnel and platforms.

I do hope that the conversation sparked by this unfortunate event will help gender-based violence to finally be met with greater and more meaningful urgency.

We need a working plan, one that results in women being truly safe in both public and domestic spaces. One that does not require women to be in a constant fight to just to be alive.

Personally, I’m nurturing 3 boys of my own, and they will grow up to become gentlemen. I cannot make them gentle and responsible men by concealing violence in my own home and private space, doing so will be teaching them that violence can be tolerated.

In order to be men that respect women and regard women as their equals, I have a duty to resist violence against my physical, mental and emotional being, both in the public and private sphere.

It is on these grounds that I resisted abuse, even when it came from such a powerful space and party as the one you lead.

Once more, I accept your apology. God bless.