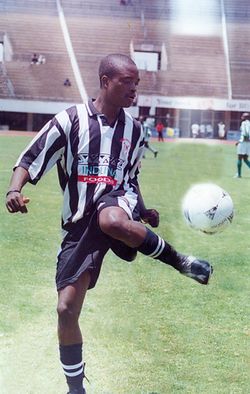 Former Highlanders and Warriors midfielder Johannes Ngodzo has warned local footballers against engaging in money games not sanctioned by their clubs as they risked an abrupt end to their careers through injury.

Ngodzo’s warning comes following reports that some players contracted to Division One and Premier Soccer League clubs are engaging in money games during the current national lockdown. He said:

They must know that careers can come to a brutal end and once you are injured in such games, you must forget about any assistance from your employers.

Injuries in such games can’t be ruled out because as long as there is money involved, tackles are always going to be hard, so I would really advise those involved to stop this defiance.

Ngodzo’s budding career was brutally ended after he suffered an ankle injury in 2003, while on national team duty against Eritrea.

Samsom Choruwa, a young footballer who was a member of Moses Chunga’s famed Dynamos “Kidznet” team, also had his career cut short following a horrific knee injury following a challenge from Godfrey Dondo of Masvingo United at Mucheke Stadium in 2002.

Shurugwi Mine Boss murders employee after torturing him for two days.