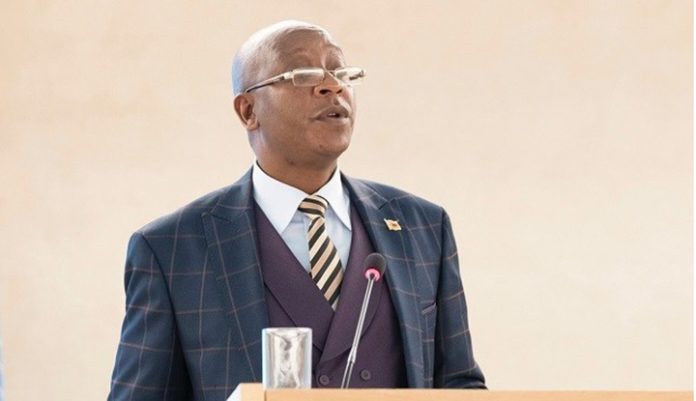 Justice Minister Ziyambi Ziyambi believes that jailed opposition Citizens Coalition for Change (CCC) Vice Chairman Job Sikhala (MP) is the “author of his own situation” that has led to his five month pretrial incarceration.

Ziyambi claimed that Sikhala had not made serious submissions to ensure he was released.

Speaking to NewZimbabwe.com on the side-lines of a Judicial Service Commission (JSC) workshop on standard sentencing guidelines held in Kadoma on Monday, Ziyambi further stated that the Zengeza West legislator had violated bail conditions hence courts refusing to grant him bail in the case he is facing incitement to commit public violence.

“The issue of Job Sikhala is not political; the Executive is not interfering whatsoever. The only thing that is happening is Job Sikhala is playing to the gallery and not following court processes,” he said.

“Firstly, he was on remand and strictly given conditions, which conditions he violated. When you violate your bail conditions you are not given bail.”

Ziyambi further stated: “Secondly, he (Sikhala) goes about collecting signatures and using a petition (and presents it) as changed circumstances. Courts are not supposed to be swayed by public opinion, but to pass judgements on the basis of merit.

“He is just playing to the gallery, but he is one person who cannot pin-point at the Executive because he is the author of his own situation, he was given bail conditions and he violated those bail conditions.”

Sikhala was arrested on 14 June together with fellow MP Godfrey Sithole and the 24 members of Nyatsime. They were all charged with incitement to commit public violence to avenge the murder of CCC activist Moreblessing Ali.

Sithole and the 14 activists have since been released on bail. Sikhala applied for bail 10 times at the magistrate court without luck.

Sikhala is also facing charges of obstruction of justice.