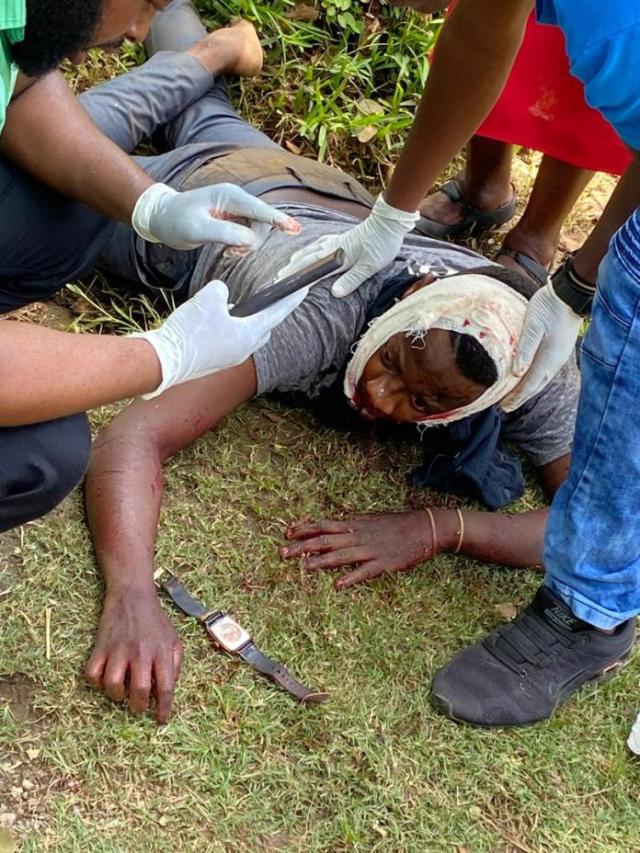 Jilted suicidal gunman who wanted to kill girlfriend in Newlands charged with attempted murder. The gunman, Joyful Junior Chimanga (28) who is currently battling for his life at Parirenyatwa hospital after the botched suicide attempt was advised of the charges he is facing by Harare provincial magistrate Rumbidzai Mugwagwa. Chimanga was remanded in custody to March 3.

The Harare man who made headlines last week after trying to gun-down his girlfriend before turning the gun on himself at Newlands Shopping Center was this week charged with attempted murder.

iHarare has learnt that Chimanga will be under Zimbabwe Prisons and Correctional services guard on his hospital bed. The complainant is his girlfriend Loriate Magombedze.

Prosecuting the case, Francesca Mukumbiri told the court that on February 18, the couple had an altercation after the complainant had decided to end their relationship. Magombedze’s decision did not go down well with Chimanga who threatened to shoot her and kill himself after dealing with her.

During the altercation, Chimanga withdrew a CZ pistol that was in his car, but the complainant managed to bolt out of the vehicle and fled.

Chimanga then followed in hot pursuit, firing two shots towards his girlfriend. Fortunately for the intended murder victim, Chimanga missed. He then shot himself on the mouth and suffered serious injuries.

He was then ferried to Parirenyatwa hospital after people who attended the scene called an ambulance.