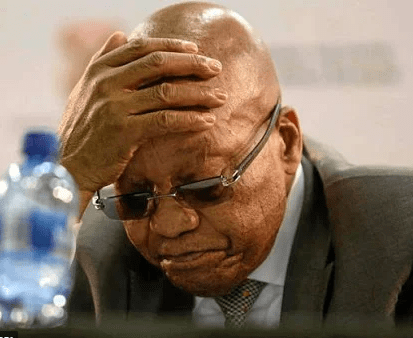 Former president Jacob Zuma has accused his enemies of being behind his numerous poisonings and the death of his son, Nhlakanipho Vusi Zuma in July 2018.

The former president made the accusations in a video released by his son Duduzane where the two discuss Zuma’s alleged poisoning, the death of Duduzane’s mother and the alleged poisoning of Mabuza.

Duduzane released the video titled “Zooming with Zumas” on YouTube on Tuesday night.

Zuma and Dudzane also discuss the former president’s alleged poisoning in 2014. Duduzane said his father was so sick that his doctors warned him that he should not attend his inauguration in early 2014.

Zuma also accused his enemies of being behind the death of his son Nhlakanipho Vusi Zuma who died in 2018. He said because his enemies could not get to him or Duduzane that they went for Nlhakanipho.

“He had an illness that you could control until you are very old but he died suddenly. I now know it was people who were trying to kill me, reach me, that created something that would pain me. I now know that it was a failure to take your life that they went to the young man.They interfered with his treatment and found him. The pain has not doubled but tripled. It was in the place of me that they could not get to.”

Army Evicting Villagers Who Were “Illegally” Resettled 36 Years Ago